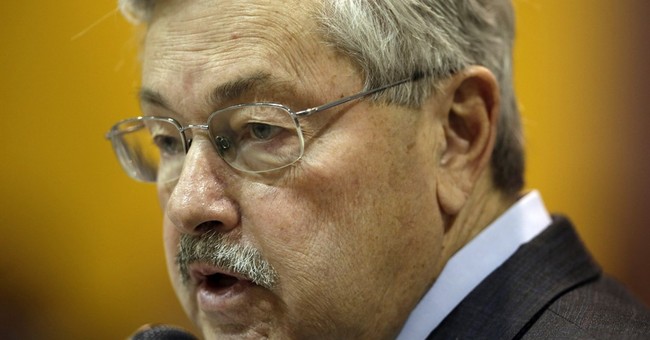 Iowa Gov. Terry Branstad has been offered the position of U.S. Ambassador to China, according to sources for Bloomberg Politics.

Branstad, who has reportedly accepted the offer, is a longtime friend of Chinese President Xi Jinping.

The offer comes on the heels of Trump’s call with Taiwanese President Tsai Ing-wen, which some feared would rattle U.S.-China relations.

“We’d welcome him to play a bigger role in advancing China-U.S. relations,” the spokesman said Wednesday. “No matter who takes this position, we’re willing to work together to push the Sino-U.S. relationship to consistent, healthy and steady development.”

Branstad’s friendship with Xi may be one of the reasons Trump picked him for the ambassador post. Two days before the Nov. 8 presidential election, during a rally in Sioux City, Trump singled out Branstad as an ideal liaison to China. “You would be our prime candidate to take care of China,” Trump said in calling the governor to the stage.

Branstad and Xi met when China’s leader made his first trip to Iowa in 1985 during a sister-state exchange. At the time Xi was a young agricultural official from Hebei province, working as director of the Feed Association of Shijiazhuang Prefecture.

The two men have reconnected several times since then. Despite their cultural differences, the pair forged strong bonds and have used their mutual love of agriculture to bridge the gap between their respective countries on human rights, economic issues and other tensions.

Branstad in 2012 feted Xi, then China’s vice president, with an elaborate dinner at the Iowa Capitol in Des Moines, and days after Trump’s election embarked on a previously planned, week-long trade mission to China and Japan, his fourth trip to China in the last seven years.

Branstad was seen at Trump Tower on Tuesday with his wife. After an hour meeting, he spoke to reporters but wouldn’t comment on whether he was offered the position.

"I’m really excited about the quality of people that he’s attracting to the cabinet," Branstad said. "I’m very proud to have supported Donald Trump for president."