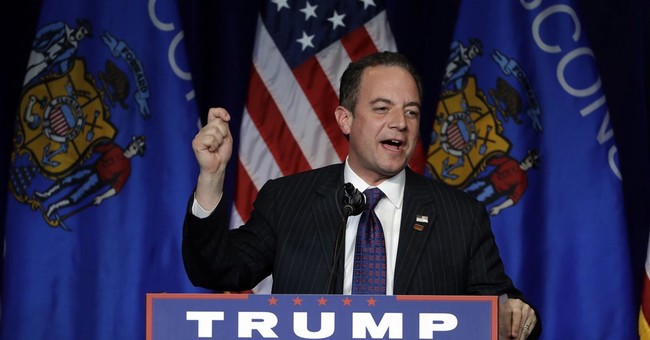 "It is a total and complete hypocritical joke that the group of people that thought that they were nervous about President-elect Trump not conceding are the people that are conducting recounts in states where we won by over 68,000 votes," Priebus said on “Fox News Sunday.”

The effort is nothing more than a waste of “time and money,” the president-elect’s chief of staff said, adding that it’s “only to divide this country when we need to come together … and look forward to the future of rebuilding this country and getting us back on track. That's what President Trump is going to do, that's what we want to do and this is a total and complete distraction and a fraud."

Priebus, who also called the effort “ridiculous,” said he was confident Trump would win for a second time.

“This is a fundraising notoriety driven fraud by a person [Stein] who won 33,000 votes in Wisconsin, to President-elect Trump, who won 1.4 million," Priebus said.

After host Chris Wallace asked Trump during the final presidential debate if he would honor the results of the election if he lost, Clinton said the notion of a recount effort was “horrifying.”