Obama Has Commuted More Prison Sentences Than His 11 Predecessors Combined 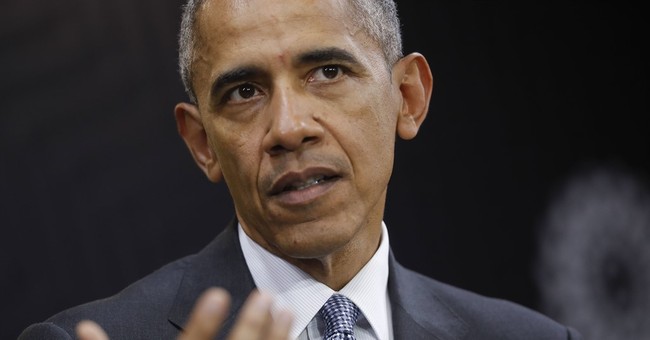 By commuting the sentences of 79 offenders earlier this week, President Obama has now shortened prison terms for more people than his 11 predecessors combined.

Tuesday’s commutations push the number of sentences he’s shortened throughout his presidency to 1,023—and he still has several weeks left in office.

Most of those who have received clemency are nonviolent drug offenders, though many were also convicted of firearms violations related to drug crimes.

A significant portion had been serving life sentences. […]

Not all of those receiving commutations will be set free right away. Some will see their sentences end in 2017 or 2018 — long after Obama leaves office — and in some cases on the condition they participate in drug treatment programs.

Obama's bid to lessen the burden on nonviolent offenders reflects his long-stated view that decades of onerous sentencing requirements put tens of thousands behind bars for far too long. He has used the aggressive pace of his commutations to increase pressure on Congress to pass a broader fix while using his executive powers to address individual cases where possible.

“It makes no sense for a nonviolent drug offender to be serving decades, or sometimes life, in prison. That’s not serving taxpayers, and it’s not serving the public safety. Instead, it burdens our already overcrowded prisons,” Obama wrote in a Facebook post explaining Tuesday’s commutations.

“At the heart of America is the idea that we're all imperfect. We all make mistakes. We have to take responsibility and learn from those mistakes. And we as a society have to make sure that people who do take responsibility for their mistakes are able to earn a second chance to contribute to our communities and our country. It's the right thing to do. It's the smart thing to do. Now it’s up to good minds on both sides of the aisle to come together to restore fairness in our criminal justice system, use our tax dollars more effectively, and give second chances to those who have earned them.”