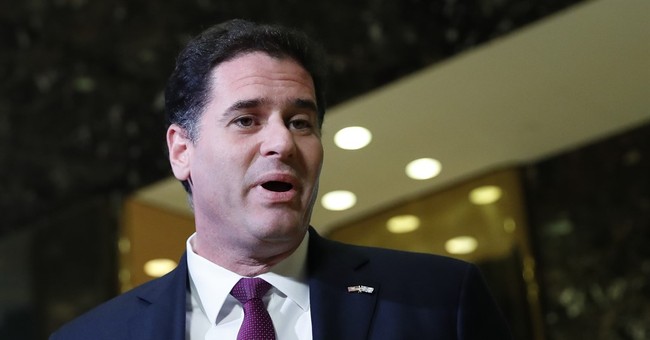 Ron Dermer, the Israeli Ambassador to the United States, told reporters at Trump Tower on Thursday that he looked forward to working with the Trump administration, including senior adviser Steve Bannon.

“Israel has no doubt that President-Elect Trump is a true friend of Israel,” he said after meeting with President-elect Donald Trump. “We have no doubt that Vice-President-elect Mike Pence is a true friend of Israel, he was one of Israel’s greatest friends in the Congress, one of the most pro-Israel governors in the country, and we look forward to working with the Trump administration, with all of the members of the Trump administration, including Steve Bannon, and making the US-Israel alliance stronger than ever.”

Dermer declined to comment when asked why he mentioned Bannon specifically.

The former chairman of Breitbart News has been accused by some in the media of being an anti-Semite and white nationalist.