Trump: No, I'm Not Trying to Get Security Clearances for My Children 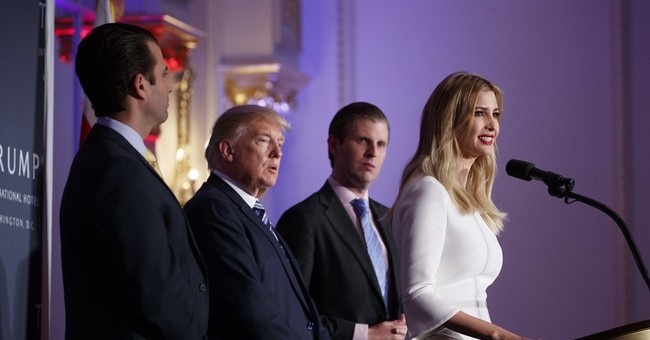 President-elect Donald Trump took to Twitter Wednesday morning to dismiss reports that he is seeking security clearances for his children.

“I am not trying to get “top level security clearance” for my children,” he wrote. “This was a typically false news story.”

I am not trying to get "top level security clearance" for my children. This was a typically false news story.

Trump’s children have all said they will not be playing a formal role in their father’s administration.

“We’ll be in New York and we’ll take care of the business,” Eric Trump told Lesley Stahl during a “60 Minutes” interview.