After Markets Plunge, Nigel Farage Says It Could Indicate Brexit Is Happening Again 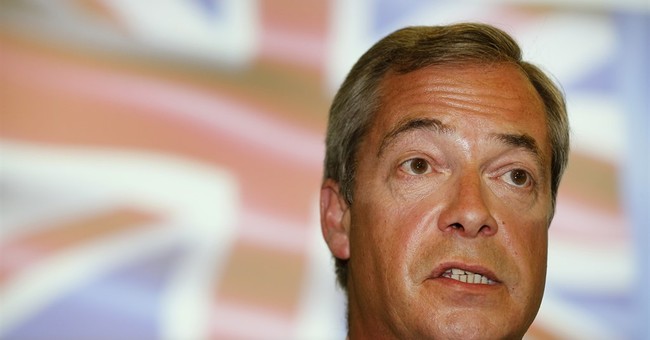 With the election shaping up to be closer than many expected, markets are down more than 400 points, CNBC is reporting.

Stock futures plunged and bonds rallied as the outcome of the presidential election remained much tighter than expected.

Investors moved into bonds and stocks cratered as traders questioned whether Democrat Hillary Clinton could win the race, as expected. The Mexican peso fell sharply against the U.S. dollar.

"I would say the market is a bit more cautious as it doesn't seem to be such a quick and decisive victory for Hillary as it seemed," said Ian Lyngen, head of U.S. rate strategy at BMO. "But it's not over yet."

Traders watched for an outcome from Florida, a state that is still considered too close to call by NBC. Florida's battle has been tense and was separated by only a single percentage point with 91 percent of the vote in, according to NBC.

The movement in the market may be an indicator of a Trump win, Nigel Farage, the interim leader of the pro-Brexit United Kingdom Independence Party, tweeted Tuesday evening.

Earlier Tuesday Farage tweeted, “Is this Brexit day in the US? I hope so.”