Clinton Aide: Time to 'Bust in That House and Get Huma the Hell Out of There' 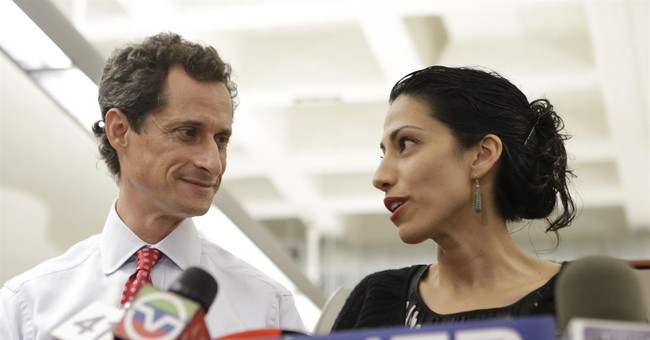 In an email with the subject line “time to get in the haz mat suits,” Hillary Clinton’s communications director Jennifer Palmieri wrote to some of her colleagues about rescuing Huma Abedin after former Rep. Anthony Weiner’s 2011 sexting scandal was revealed.

“Bust in that house and get Huma the hell out of there,” Palmieri wrote to campaign chair John Podesta and adviser Neera Tanden.

The email, which was released by WikiLeaks, was sent one day before Weiner resigned from Congress.