Trump Says No One Respects Women More Than Him, Then Calls Clinton a 'Nasty Woman' 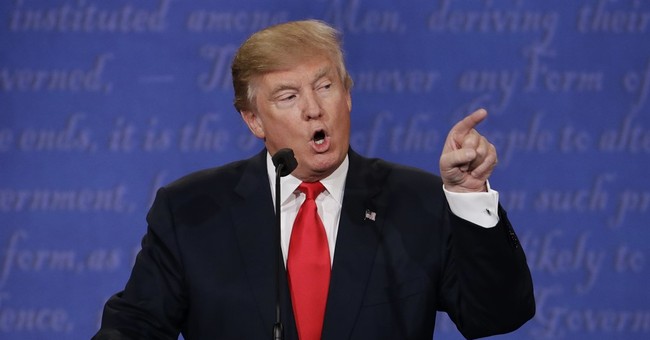 Donald Trump interrupted Hillary Clinton’s response to a question about entitlements during the third presidential debate Wednesday, calling the former secretary of state “such a nasty woman.”

Trump made the comment after Clinton took a jab at him while discussing her plan to raise taxes on the wealthy.

“Well, Chris, I am on record as saying that we need to put more money into the Social Security trust fund,” she said. “That’s part of my commitment to raise taxes on the wealthy. My Social Security payroll contribution will go up, as will Donald’s, assuming he can’t figure out how to get out of it.”

“Such a nasty woman,” he interjected, shaking his head and smirking.

Earlier in the debate Trump said that “nobody has more respect for women” than him.