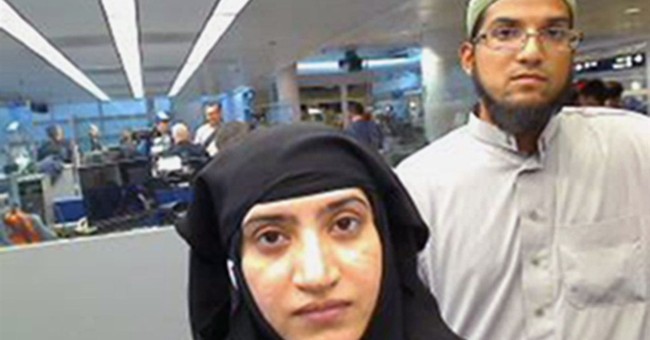 After the 2015 terror attack in San Bernardino that left 14 people dead, aides to Hillary Clinton lamented the shooter wasn’t a white man, according to a WikiLeaks emails released Sunday.

In the email chain from December 2, digital operative Matt Ortega sent consultant Karen Finney a tweet from MSNBC’s Christopher Hayes reporting that a shooter in the attack had been named. Finney then forwarded the message to Clinton campaign chair John Podesta, writing “Damn.”

Podesta’s response? “Better if a guy named Sayeed Farouk [sic] was reporting that a guy named Christopher Hayes was the shooter.”

Sayeed Farook and his wife, Tashfeen Malik, killed 14 people and injured 22 others in a terror attack during a holiday party in San Bernardino, California. Both were killed in a shootout with police later that day, but not before pledging their allegiance to the Islamic State.

Podesta’s written lament of the shooter’s ethnicity underscores a long-running aversion in the Clinton campaign – and many in the Democratic party at large – to associating terrorist acts with any aspect of the Islamic religion.

In a 154-page debate prep book that was developed two months after the San Bernardino attacks, and also unearthed in the WikiLeaks document dump, topic 47 is devoted to “Should we call this Islamic terrorism?” Nowhere in the suggested seven-point answer does “Islamic terrorism” make an appearance. Instead, it’s suggested that Clinton call the enemy “radical jihadists.”