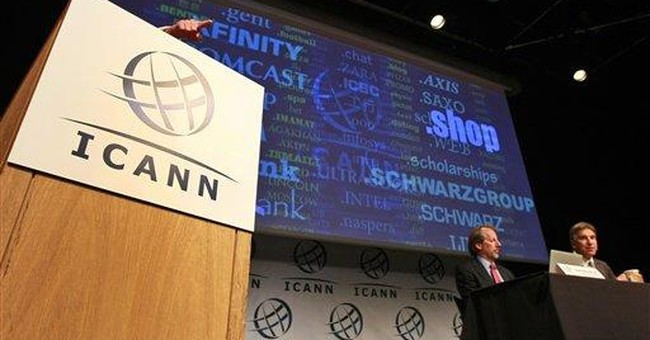 Republican attorneys general from Nevada, Texas, Arizona, and Oklahoma are suing the Obama administration in a last-ditch effort to stop the U.S. from giving up control of the internet’s domain name system.

“Trusting authoritarian regimes to ensure the continued freedom of the internet is lunacy,” Texas Attorney General Ken Paxton said in a statement. “The president does not have the authority to simply give away America’s pioneering role in ensuring that the internet remains a place where free expression can flourish.”

The AGs … asked a judge late Wednesday to step in and stop the transition to an international oversight body, after GOP lawmakers failed to stall the move as part of a short-term spending bill.

Paxton was among the four Republican AGs who filed the lawsuit in U.S. District Court Southern District of Texas, Galveston Division.

The U.S. government has been in charge of domain names for more than three decades, thanks to a Commerce Department agency's oversight of an obscure, but powerful, Los Angeles-based nonprofit called the Internet Corporation for Assigned Names and Numbers (ICANN).

The lawsuit argues that if the transfer takes place, as it’s scheduled to on Oct. 1, people will “lose the predictability, certainty, and protections that currently flow from federal stewardship of the Internet and instead be subjected to ICANN’s unchecked control.”

The suit argues the looming transfer violates the property clause in the U.S. Constitution which prohibits handing over government property without Congress’ approval. The suit also claims the handoff would violate First Amendment rights and says ICANN, the nonprofit owners in control, would be unchecked and could start to censor speech. […]

Republicans in Congress, though, have long-objected to the transfer, which they called a “giveaway” to the rest of the world. They argue that handing over control to a non-government entity would give countries like Russia and China the ability to control online speech – something supporters categorically deny.

The new lawsuit also claims ICANN “has a documented history of ignoring or operating outside of its governing bylaws.”

“Nothing protects the Plaintiffs from additional occurrences of ICANN oversight failures,” the suit says.

FCC Commissioner Ajit Pai warned Americans on the “Sean Hannity Show” Wednesday that giving up control to ICANN should be worrisome for anyone who values “free expression and free speech rights generally.”