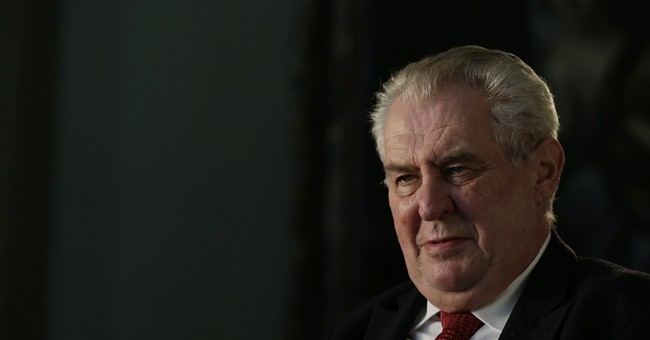 Czech President Milos Zeman has had a change of heart when it comes to guns and self-defense amid the preponderance of terror attacks in Europe.

"Earlier I spoke against possession of large amounts of weapon [by the citizens]. After those [terrorist] attacks, I do not think so any more," Zeman told the Czech Blesk newspaper.

The comment comes after recent attacks in Belgium, Germany, and France.

Many security experts in the country disagree with Zeman’s call for citizens to arm themselves, however.

Ondrej Ditrych, an analysis focusing on terrorism, said if such a call is made by the president, it may undermine trust in the security forces, in the ability of the state bodies to guarantee security of the inhabitants.

He pointed out that the Czech arms legislation is very liberal, including the conditions under which people may carry hidden arms.

According to Ditrych, it has not been proved that more firearms among people would help prevent terrorist attacks.

He also said the divide between those who should arm and defend themselves ("us") and the dangerous "others" is artificial and it may divide society.

Security expert Frantisek Sulc said he does not consider it a problem if more people owned arms legally, but he said this alone is not a solution. "People do not just need to have a pistol at hand, but they also must be capable of using it adequately," he told CTK.

If people are not trained in using arms, they may do more harm than good, Sulc said.

It is primarily the security forces that must deal with defence against terrorism, he added.
Military officer Otakar Foltyn, one of the authors of a book on security affairs, shares this view.

"Generally, the calls on people to arm themselves are only the most extreme measure in a situation of a huge threat," he said.

Foltyn said the state should make its armed bodies more effective, markedly strengthen their reserves and give more support for military sports and the preparation of people for crisis situations.

But others, like political analyst Josef Kraus of Masaryk University, came to Zeman’s defense, arguing that the police are not always immediately available, and in this case the only way to stop a bad guy with a gun is a good guy with one.

Zeman also touched on the refugee crisis during the interview, and said he would “not even be against a fence” along the country’s border if they experienced a large influx of illegal migrants.