Dems Are Now Offering a Reward For Trump's Tax Returns 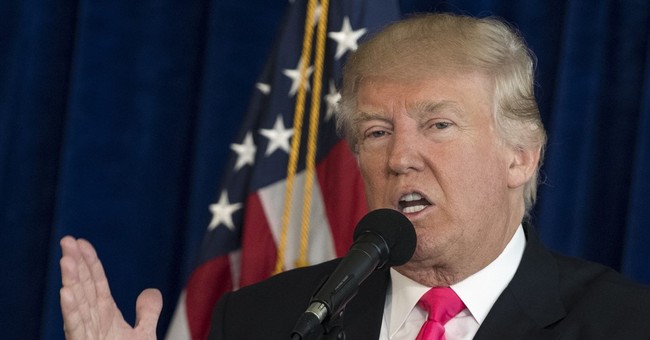 Trump has long insisted he can’t release his tax returns because they’re currently under review, reiterating this position on Wednesday at a news conference in Florida.

But that’s not stopping Democrats (and Republicans) from wanting to know what’s in them. Some donors have even offered rewards for their release.

Moishe Mana, a top fundraiser for Clinton, has offered to give $1 million to the charity of Trump's choice if he makes them public. He joins an unnamed Republican donor working with Clinton ally David Brock who has made a similar offer of $5 million.

"Through his financial documents, we are trying to break into the image that he's portraying to the American people," said Mana, a real estate developer in Miami. "He says he's a successful businessman who wants to do for the country what he did for his company. Well, go ahead, show me the money."

The issue again surfaced this week after the DNC email hack, which the Obama administration has said was likely Russia’s doing.

Trump insists he has no ties to the country, but Democrats say they can’t be so sure without the release of his tax returns.

“Think of what's gone on just this week and connect the dotted lines," billionaire venture capitalist and Clinton donor J.B. Pritzker told the AP. "I'm not sure what's going on, but it sure doesn't look good. The question is who his investors are, and whether there are any in China or Russia that are affecting his personal income."

Mana had similar beliefs. If he’s elected president, "how much in debt would we be to other countries? This is about the security of the United States. We have the right to make sure he's not in debt to other countries."

The IRS has said there’s no legal reason Trump can’t release his tax returns while they are being audited.