GOP Rep Slams Ted Cruz: What He Did Exposes Him as a 'Total Fraud' 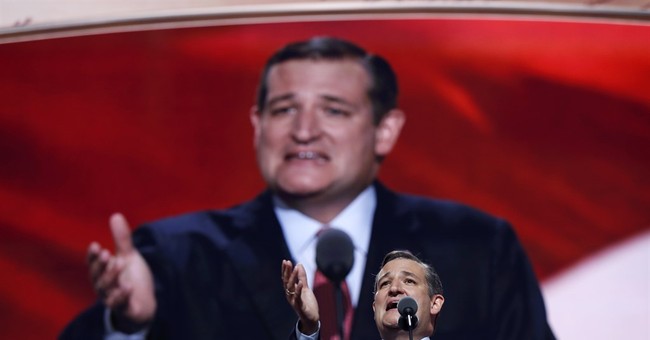 After Sen. Ted Cruz’s speech Wednesday night at the GOP convention in Cleveland, in which he refused to endorse Donald Trump and urged convention-goers to ‘vote their conscience,’ some of his colleagues had some less-than-kind things to say about him.

“To me, Ted Cruz showed America what he really is — he’s a fraud, he’s a liar, he’s self-centered, he disqualified himself from ever being considered for President of the United States,” King said.

“Today is the Ted Cruz I’ve know, unfortunately. He cannot be trusted. He’s not a true Republican, he’s not a true conservative, he’s totally self-centered. I never saw such outrage and anger on the floor as I saw toward Ted Cruz tonight, and he deserved every bit of it. He’s a total fraud,” the New York congressman continued.

“It’s not so much his message we disagree with, it’s him as a human being and as a person,” King said. “He disgraced himself, disgraced the party, and the party should never again consider him for office.”

Ahead of Cruz’s speech, syndicated columnist Charles Krauthammer predicted that it would be the ‘kick-off of his 2020 campaign.’