Even The New York Times Agrees with Trump on Ginsburg 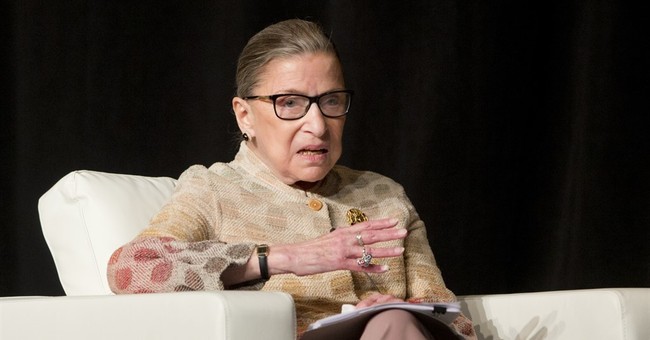 Ginsburg said she couldn’t “imagine what the country would be — with Donald Trump as our president.” She also knocked the real estate mogul as a “faker” who “has no consistency about him.” And, well, if Trump won the general election, Ginsburg doesn’t even “want to think about that possibility.”

Trump slammed the justice’s comments as “highly inappropriate” and it seems even the liberal New York Times agrees with him on this.

In an op-ed written by the editorial board, the Times points out that if this were 2000, when the result of the election was in the hands of the Supreme Court, “Could anyone now argue with a straight face that Justice Ginsburg’s only guide would be the law?”

“There is no legal requirement that Supreme Court justices refrain from commenting on a presidential campaign. But Justice Ginsburg’s comments show why their tradition has been to keep silent,” the board writes.

And after Trump caused a firestorm of criticism for questioning the impartiality of Gonzalo Curiel, the judge overseeing the case against Trump University, the Times wonders why Ginsburg would “descend toward his level and call her own commitment to impartiality into question.”

“Washington is more than partisan enough without the spectacle of a Supreme Court justice flinging herself into the mosh pit,” they conclude.