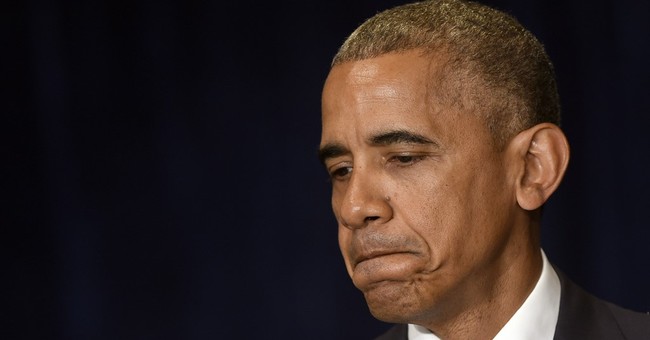 Speaking from a NATO summit in Poland on Friday, President Obama called the Dallas shooting, which left five police officers dead and six others wounded, a “vicious, calculated and despicable attack on law enforcement.”

"I believe I speak for every single American when I say we are horrified over these events, and we stand united with the people and the police department in Dallas," he said.

The Dallas protest against recent police shootings in Louisiana in Minnesota was described as “very peaceful” until shots rang out just before 9 p.m. local time.

According to Dallas Police Chief David Brown, there were multiple shooters positioned in two nearby parking garages who “planned to injure and kill as many law enforcement as possible.”

Dallas Police Chief David Brown said earlier Friday that it was “our assumption” that four suspects were working together with rifles, triangulating at different positions." He had no information on a possible motive or the identities of any of the suspects. He also noted that police were not completely certain that every suspect was in custody.

Brown also said authorities had earlier taken a woman into custody near the garage. Two men were also being questioned after police pursued their vehicle away from downtown onto Interstate 35.

A fourth man was in an hours-long standoff with police. He was firing at officers and around 2:15 a.m. local time and told police “the end is coming.” He later died from a self-inflicted gunshot wound, according to KDFW-TV. Police were sweeping the area for possible explosives.

Brown also said it was too soon to determine whether the snipers were part of the rally. “We’re leaving every motive on the table,” he added, but said that they did seem to be working together.

One witness described the sound of gunfire as “strategic,” telling Dallas News, “It was tap tap pause. Tap tap pause.”

"We will learn more, undoubtedly, about their twisted motivations, but let’s be clear: There is no possible justification for these types of attacks," Obama said. "Anyone involved in the senseless murders will be held fully accountable. Justice will be done."

And while President Obama said that his immediate concern was for the fallen officers and their families, he also placed part of the blame on lax gun laws. “We also know that when people are armed with powerful weapons, it makes shootings like this more deadly and more tragic.”

It was the second time Friday that Obama addressed policing issues as the rapidly evolving situation continued to command his attention in Warsaw, where he's attending a two-day NATO Summit with leaders of the military alliance. Before the summit, he also met with European Council President and European Commission President, focusing largely on the impact that the's vote to leave the would have on the rest of the continent.

Before the protests in Dallas turned violent, Obama had issued a statement just after he arrived in Warsaw saying Americans should be concerned by this week’s police shootings in Louisiana and Minnesota, though he did also acknowledge police officer who’ve lost their lives.

"There are times when these incidents occur, and you see protests and you see vigils. And I get letters — well-meaning letters sometimes — from law enforcement saying, how come we’re under attack?  How come not as much emphasis is made when police officers are shot?" Obama said before the violence in Dallas erupted. "And so, to all of law enforcement, I want to be very clear: We know you have a tough job. We mourn those in uniform who are protecting us who lose their lives. On a regular basis, I have joined with families in front of Capitol Hill to commemorate the incredible heroism that they’ve displayed. I’ve hugged family members who’ve lost loved ones doing the right thing. I know how much it hurts."