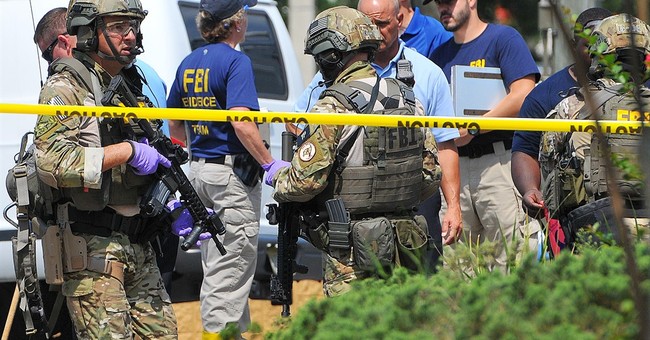 Attorney General Loretta Lynch said we may never know Omar Mateen’s motive in the Orlando attack. Despite the fact that this is ridiculous on its face, as the shooter pledged his allegiance to ISIS during one of the released 911 phone calls—Lynch may be partially correct. We—as in the general public—may never know the full story because the FBI has directed local police that responded to the attack to deny records requests.

Mateen called police several times throughout the attack, but the public has only been made aware of part of his discussions with authorities that night—in an edited version and then an unedited one.

Local media sought the release of the rest of the 911 audio in a lawsuit, and in response, the Seminole County Sheriff’s Office released the letter they received from the FBI, which directs them to deny all information requests.

The letter reads in part:

“As you know, this is an active, on-going investigation being conducted by the FBI. The FBI considers information obtained from the state and local enforcement agencies in furtherance of its investigation to be evidence or potential evidence. Accordingly, the FBI is concerned that public disclosure of such records or information at this time will adversely affect our ability to effectively investigate the shooting and bring the matter to resolution; could endanger the safety of law enforcement officers, and other individuals who have participated in or are otherwise connected with the investigation; and risks unduly prejudicing any prosecutions that may result from the investigation.”

But as Barbara Petersen, President of the First Amendment Foundation, pointed out to the Orlando Sentinel, all the recordings are public records subject to FOIA requests.

The “FBI doesn’t have the authority to hijack Florida’s constitution, which guarantees us a right of access to all non-exempt public records,” she said.

In the lawsuit, lawyers for the media outlets argue there’s "a strong public interest in fully evaluating how first responders and police reacted during the most critical phases of this incredible tragedy."

But at the “direction of the FBI,” the city of Orlando said it hasn’t released all the records "out of respect for the Pulse shooting victims and the families," the Sentinel reports.