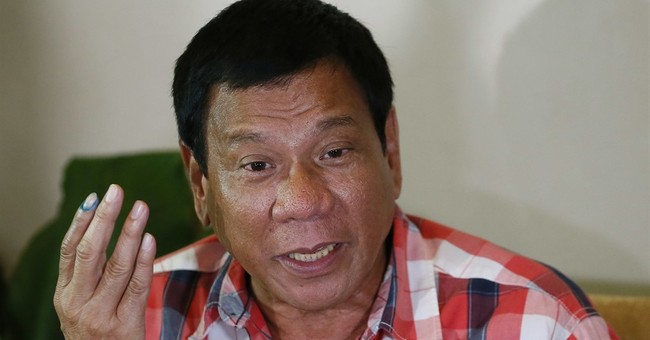 Rodrigo Duterte, the Philippines’ controversial president-elect, justified the murder of journalists this week during a press conference in Davao City on Tuesday.

Duterte noted that most of the journalists who have been murdered were corrupt anyway.

"Just because you're a journalist you are not exempted from assassination, if you're a son of a bitch," Duterte said. "Freedom of expression cannot help you if you have done something wrong," he added.

His remarks were in response to a question about how to protect freedom of the press after a crime reporter was shot and killed in the country’s capital city of Manila on Friday.

The National Union of Journalists of the Philippines called his comments “appalling.”

“Mr. Duterte’s crass pronouncement not only sullies the names and memories of all 176 of our colleagues who have been murdered since 1986, he has also, in effect, declared open season to silence the media, both individual journalists and the institution, on the mere perception of corruption,” writes NUJP Chair Ryan Rosuaro.

“The National Union of Journalists of the Philippines (NUJP) does not gloss over the fact that corruption is among the most pressing problems faced by the media. Nor do we deny that this could be the reason for a number of media killings.

“However, it is one thing to recognize a possible reason for murder; it is a totally different thing to present this as a justification for taking life.”

Though the president-elect’s comments are certainly jaw-dropping, especially for the western reader, they are run-of-the-mill for Duterte, who campaigned on a platform of solving the nation’s problems of crime and poverty with mass killings of suspected criminals.