US Ready to Arm New Libyan Govt in Fight Against ISIS 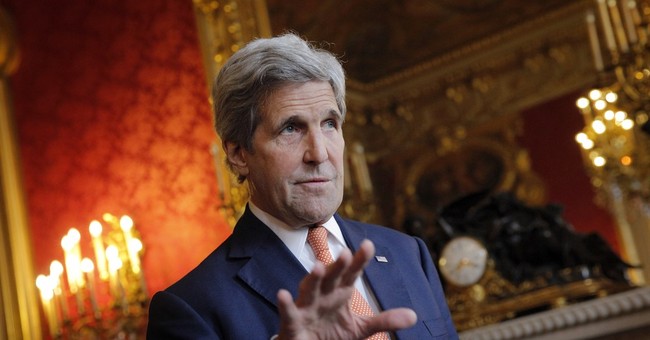 The new Libyan government has only been in power for six weeks, but on Tuesday, Secretary of State John Kerry signaled the U.S. is ready to help train and arm its forces in the fight against ISIS.

Speaking in Vienna, Kerry urged the international community to support the new unity government, which he said was “the only legitimate one in Libya and which must now start to work.”

Part of this support would also mean backing the new government’s efforts to secure an exemption from a United Nations arms embargo.

The fledgling government, which arrived by boat from neighboring Tunisia on March 31, “is the only entity that can unify the country,” Kerry said. "It is the only way to generate the cohesion necessary to defeat" Islamic State.

The oil-rich country has faced political chaos and violence since the NATO bombing campaign helped rebels oust and kill longtime ruler Moammar Kadafi in 2011. It remains beset by armed militias, as well as Islamic State, and until recently had two rival governments.

Kerry announced the joint decision after diplomats from more than 20 countries, including the five permanent members of the U.N. Security Council, met to discuss the growing extremist threat in Libya.

The U.N. sanctions committee must approve an exemption to the arms embargo, but that is now all but assured.

Kerry said the international community must find a “delicate balance” to prevent arms from falling into enemy hands.

The number of ISIS fighters in Libya now stands at around 6,000, twice as many as last year. The terrorist group also trains foreign fighters in the North African nation, launches attacks on oil infrastructure, and carries out suicide bombing missions.

White House Press Secretary Josh Earnest said the decision to arm the new government marks "the beginning of a process, not the end of it."

The ultimate goal, he added, was to have Libyan government forces defend the country themselves.

“That ultimately is the goal, so that the United States and the rest of the international community doesn't have to come in and fight this fight for them,” he said.