Flashback: Bill Clinton in 1996 Sounded a Lot Like Trump on Immigration 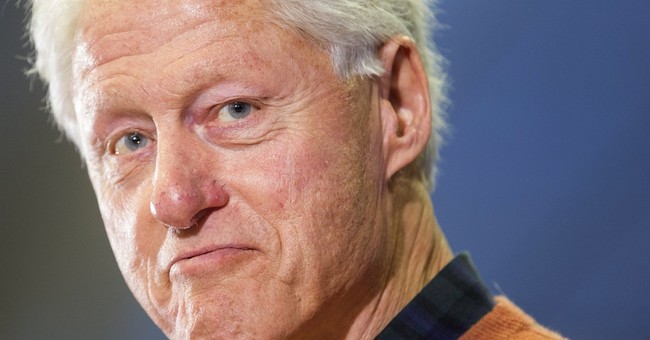 The Left and some on the Right are quick to bash Donald Trump for his strong views about immigration. But 20 years ago, it seems many of the presumptive GOP nominee’s positions really weren’t all that controversial, as then-President Bill Clinton had similarly tough-on-immigration views.

Check out the video below by Numbers USA, which compares statements Clinton made during his 1996 State of the Union address to some of Trump’s rhetoric about immigration on the campaign trail.

Clinton: One of these areas is the problem of illegal immigration.

Trump: We have to stop the in-flow of illegals coming into our country.

Clinton: This administration has taken a strong stand to stiffen the protection of our borders.

Trump: We will build a wall, it will do what it’s supposed to do, keep illegal immigrants out.

Clinton: We are increasing border controls by 50 percent.

Trump: We’re going to have a border, it’s going to be a real border… We have a country, we have to have borders

Clinton: We should honor every legal immigrant here working hard to be a good citizen but we are also a nation of laws.