It's Here: Trump, Ryan to Meet on Capitol Hill Today 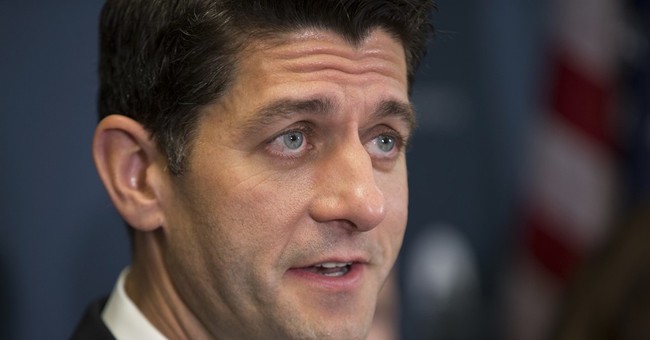 Ryan, who said recently he wasn’t yet ready to endorse Trump, cautioned ahead of the meeting not to expect too much from it.

We “just need to get to know each other,” Ryan told reporters earlier this week.

“It’s going to take more than a week just to repair and unify this party,” he said. “If we just pretend we’re unified without actually unifying, then we’ll be at half-strength in the fall, and that won’t go well for us.”

Trump also attempted to minimize expectations about the meeting, telling "Fox & Friends," "If we make a deal, that will be great. And if we don't, we will trudge forward like I've been doing and winning all the time."

Trump's allies and advisers have repeatedly insisted that he can claim the White House with or without leading congressional Republicans, who continue to express reservations about his tone and inconsistent policy prescriptions. Additionally, Trump's team doesn't believe Ryan or the GOP's other congressional leaders have any significant influence on the majority of general election voters.

And that may be true. Nearly half of Republican voters disapprove of the way Paul Ryan has performed as Speaker of the House. So while an endorsement would be nice, Trump’s son Eric said on Wednesday, his father certainly doesn’t need it.

“He’s got tens and tens of millions of votes, I mean he’s really run away with this. He has more votes than any Republican in any primary ever. I mean, the guy’s done an incredible job. He really has grown the party, he has brought the party together, for whatever that’s worth,” he told Fox News’ Megyn Kelly.

"And listen, if he doesn’t have the Speaker’s vote, if he doesn’t have his will or whatever it may be, we’ll go on, right, and those people will continue to march behind my father. Would it be nice? Yes. Is the ultimate goal to beat Hillary Clinton? Yes, that’s everybody’s goal."

“If he doesn’t have it will life go on? Absolutely,” he added.

Trump will meet with Ryan twice on Thursday—once with RNC Chairman Reince Priebus, and a second time with the Speaker’s House leadership team. He will also meet with Senate Majority Leader Mitch McConnell, along with other top Senate Republicans.