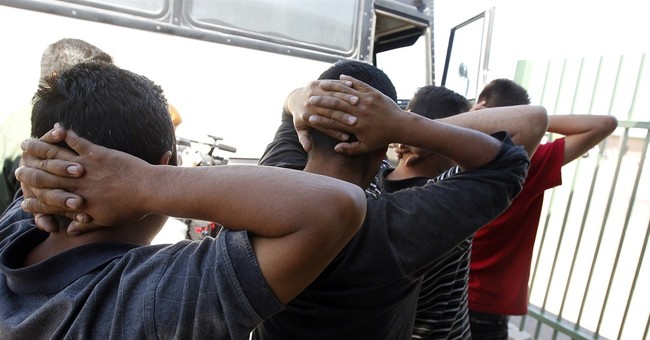 Nearly two years ago, the Obama administration called the influx of unaccompanied minors from Central America an ‘urgent humanitarian situation.’ This year, however, the problem is worse but it’s getting almost no attention.

The courts are so backlogged that there’s an even slimmer chance that the vast number of migrants flooding the border this year will be sent home.

"Where the backflow and choke point is occurring is in the immigration judge docket system -- 800,000 on the dockets right now," former Deputy Commissioner of U.S. Customs and Border Protection David Aguilar told Fox News. "So, that backlog, that inability to basically send these people back, remove them back to their countries of origin, is causing a draw of more of these people coming into the country."

According to the latest CBP figures, agents detained 27,754 unaccompanied minors from Central America in the first six months of the fiscal year, almost double last year's total of 15,616 and just shy of the 2014 record of 28,579.

Taken together, the exodus from Central America represents the largest mass immigration to the U.S. since the Mariel boatlift out of Cuba in 1980.

"These people are allowed to remain here. They are given employment authorization -- therefore, they are sending a message back home 'come on over'," Aguilar said.

This, of course, says nothing of the visa overstay problem the U.S. faces as well.

Aside from taking their frustrations out at the polls come November, all Americans can really do in the meantime is say bienvenido.