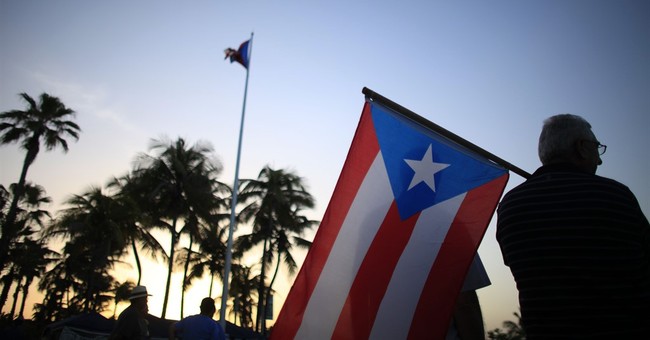 Puerto Rico’s economic troubles continue, as the island will default on $422 million in debt payments Monday by close of business.

“Faced with the inability to meet the demands of our creditors and the needs of our people, I had to make a choice,” Gov. Alejandro García Padilla said Sunday in a televised address. “I decided that essential services for the 3.5 million American citizens in Puerto Rico came first.”

Monday’s default could ramp up pressure on policymakers in Washington to move forward with legislation that would let the island restructure its debt, as well as establish an outside fiscal control board to monitor its finances.

At the end of 2015, Speaker Paul Ryan (R-Wis.) set a March 31 deadline for action to address Puerto Rico’s debt crisis. That deadline slipped, and lawmakers are now on a weeklong recess with no bill as Puerto Rico suffers its largest default yet.

Attention now will turn to July 1 as the next potential deadline for action. On that date, the island is supposed to make roughly $2 billion in debt payments, and experts do not believe those payments will be made.

Padilla went on to blame Congress, saying he’s been warning Washington for close to a year now about the island’s financial situation.

“In our efforts to avoid a humanitarian crisis, we have repeatedly traveled to Washington to convey the urgency of the situation,” he said.

He also called on House lawmakers to get over the “internal partisan and ideological divisions” and move forward with the issue, singling out Speaker Paul Ryan to “exercise his leadership.”

The House Natural Resources Committee is still working on crafting a relief bill after progress on the measure stalled back in April.

García Padilla also reserved some scorn for investors in Puerto Rican debt that have lobbied hard against any legislation that would allow the island to restructure its debts.

Many lawmakers were spooked after the Center for Individual Freedom, a dark money group that does not have to disclose its donors, began running ads blasting the bill as a “bailout,” even though no federal money goes to the island under it.

Many believe Puerto Rican investors opposed to any deal helped finance the ads, and García Padilla said “pure greed” by “vulture funds and their lobbyists” was behind efforts to defeat the bill.

In closing, Padilla hailed its citizens’ commitment to America, noting the sacrifice many Puerto Ricans have made fighting in U.S. military conflicts.

“We have proven with blood our shared values with the United States. Now, Congress must show this commitment is mutual,” he said.