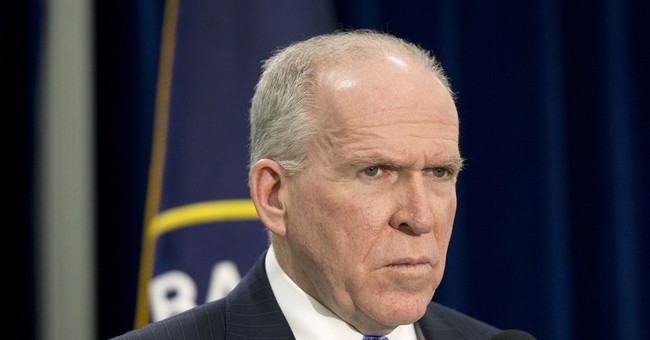 Despite mounting pressure to release 28 classified pages in a 2002 report on the 9/11 attacks, CIA Director John Brennan advised against it on NBC’s “Meet the Press” Sunday.

“This chapter was kept out because of concerns about sensitive sources of methods, investigative actions, and the investigation of 9/11 was still underway in late 2002,” Brennan told host Chuck Todd. “I’m quite puzzled by Sen. Graham and others because what that joint inquiry did was to tee up issues that were followed up on by the 9/11 commission as well as the 9/11 review commission. So these were thoroughly investigated and reviewed. It was a preliminary review that put information in there that was not corroborated, not vetted, and not deemed to be accurate.”

The issue of releasing these pages was stirred again last month when former Sen. Bob Graham said that he believed the 9/11 hijackers had received ‘substantial’ support from the Saudi government and other high ranking members of society.

"There are a lot of rocks out there that have been purposefully tamped down, that if were they turned over, would give us a more expansive view of the Saudi role," Graham told CBS’ ”60 Minutes” at the time.

The pages were classified under former President George W. Bush, who, as Graham stated, was concerned about revealing intelligence sources and methods. The Obama administration said in mid-April that a decision would be made in 60 days about declassifying the pages.

Brennan suggested, however, that doing so could be detrimental to our relationship with Saudi Arabia.

“The 9/11 commission took that joint inquiry and those 28 pages or so and followed through on the investigation,” he said. “And they came out with a very clear judgment that there was no evidence that indicated the Saudi government as an institution or Saudi officials individually had provided financial support to Al Qaeda."

"I think some people may seize upon that uncorroborated, unvetted information in there that was basically just a collation of this information that came out of FBI files, and to point to Saudi involvement, which I think would be very, very inaccurate," he added.