Hillary: GOP Living in "Fantasy" World, Dreaming of Her Arrest Over Email Probe 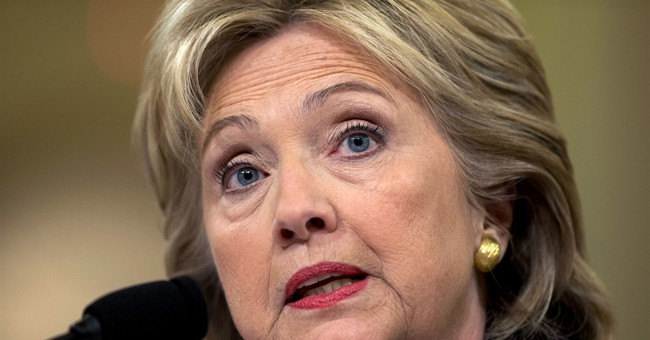 In public at least, Hillary Clinton has always seemed completely unfazed by the FBI’s investigation into how she handled classified material on a private server as secretary of state. Now, she’s downright dismissing it as a Republican “fantasy” that she’ll end up in “handcuffs.”

"I know that they live in that world of fantasy and hope because they've got a mess on their hands on the Republican side," Clinton said on NBC’s “Today” show Friday.

"That is not going to happen. There is not even the remotest chance that is going to happen," Clinton added. "But look, they've been after me, as I say, for 25 years. And they have said things about me repeatedly that have been proven to be not only false but kind of ridiculous."

Clinton has previously dismissed the possibility that the FBI's investigation into her private email server used as secretary of State will lead to her being indicted, saying last month, "it's not going to happen."

Officials have signaled that the investigation into Clinton's email arrangement is ongoing, and FBI director James Comey this week pledged there is "no outside influence" into the investigation.

Need we remind Mrs. Clinton that it is the Obama administration that is allowing the FBI to move forward with the investigation—not Republicans.