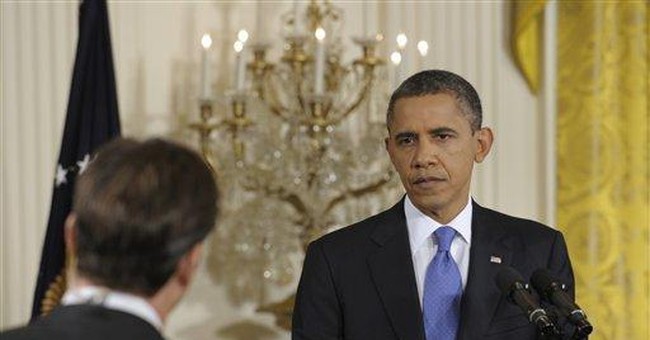 CNN host Jake Tapper wasn’t afraid to call out President Obama this week for lecturing journalists on how to do their job.

“While fairness is the hallmark of good journalism, false equivalency all too often these days can be a fatal flaw,” Obama said on Monday, adding that, “a job well done is about more than just handing someone a microphone. It is to probe, and to question, and to dig deeper, and to demand more.”

Tapper agreed that the message was appropriate and well said, but noted that President Obama, whose administration has been one of the least transparent in recent history, was the wrong messenger.

“Many believe that Obama’s call for us to probe and dig deeper and find out more has been made far more difficult by his administration than any in recent decades, Tapper said.

“Mr. President, with all due respect, when one of the Washington Post’s editors involved in the coverage of Watergate says that your administration’s attempt to fight leaks and control the media is “the most aggressive I’ve seen since the Nixon administration, well maybe, just maybe, your lecturing would be better delivered to your own administration,” the CNN host concluded.

Some of the more prominent examples of the Obama administration’s aggressive efforts to control the media include the DOJ’s secret seizure of phone records for the Associated Press’ reporters and editors; its spying on Fox News’ James Rosen, and naming him as a possible co-conspirator in violation of the Espionage Act; or even the president’s refusal to take questions from the White House Press Corps for months on end.

Given that upon taking office Obama promised he’d run the most transparent White House in history, Tapper’s criticisms are spot on.