Sanders Banking on Big Win in Washington for Path to Victory; UPDATE: Victory 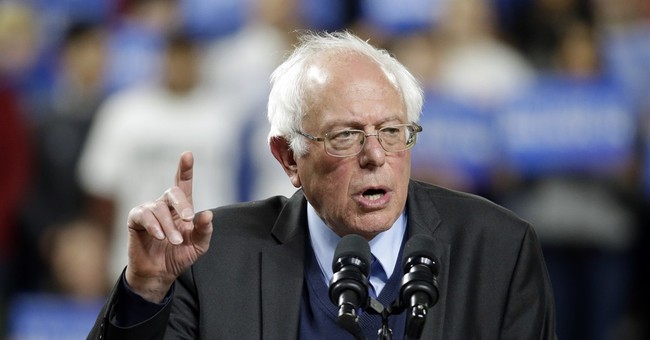 Sanders hopes the weekend votes will give him a boost in his efforts to make a comeback against front-runner Clinton.

Sanders has consistently drawn his strongest support from liberal voters and young people. Most of his victories have been in states with largely white populations and in states with caucus contests, which tend to attract the most active liberal Democrats.

Saturday’s Democratic caucuses in Washington, Hawaii and Alaska could be make-or-break for Sen. Bernie Sanders. But nowhere is more crucial for the survival of his campaign than The Evergreen State.

There are a total of 142 pledge delegates at stake in the three contests—25 in Hawaii, 16 in Alaska, and 101 in Washington, making the latter “as close to a must-win as it gets” after losing Arizona, Politico reports.

With 101 delegates at stake, only New York, New Jersey, Pennsylvania, and California have more delegates at play after this weekend. If he has any hope of catching Clinton, he’ll have to start here, in a state where progressive-oriented Seattle sets the tone. […]

Clinton doesn’t have as much urgency to win. She simply needs to keep it close, to deny Sanders the kind of runaway caucus victory that could dent her 300-plus delegate lead and provide him some desperately-needed momentum going into the April 5 primary in Wisconsin, another state that figures to be receptive to his brand of progressive politics. (Alaska and Hawaii, much smaller delegate contests, also hold caucuses on Saturday.)

But it won’t be easy to hold Sanders back. According to one analysis, Seattle ranks No. 1 among the 50 biggest U.S. cities for per-capita contributions to his campaign. He’s got seven campaign offices in the state and has drawn huge crowds in his visits to the Pacific Northwest. While most of the state's high-profile Democrats are backing Clinton,Sanders has the endorsement of the state’s largest newspaper, the Seattle Times -- by far his biggest endorsement from a daily publication.

Even if Sanders wins all three of Saturday’s contests, he still wouldn’t catch up to Clinton, however. The former secretary of state has a total of 1,223 delegates so far compared to Sanders’ 920. Nonetheless, doing so would at least mean there’s still a path forward for his campaign.

“We have now won 11 states. And if there are large turnouts in Washington, Hawaii and Alaska, we have a shot to win three more,” Sanders told a 15,000-plus crowd in Seattle on Friday.

“And I believe that if we win here in Washington, we’re gonna win in California, we are gonna win in Oregon, and we’ve got a real path toward victory.”