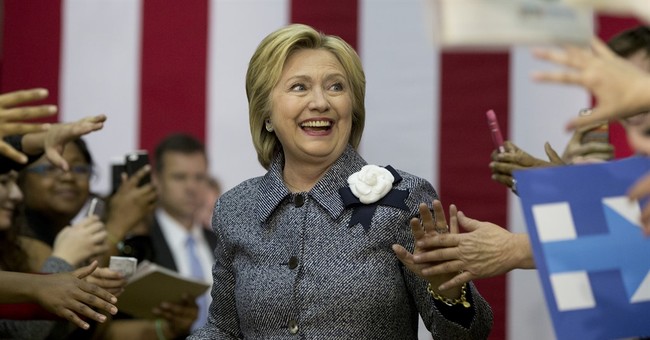 Apparently it’s not just Republicans wondering why former rivals to Donald Trump are supporting him. Hillary Clinton is questioning it too.

In a hot mic exchange with MSNBC’s Chris Matthews, Clinton asked: “Why would, why did he support him?”

The audio is unclear as to whether the two were discussing Ben Carson or Chris Christie, although The Washington Post, The Hill, and Buzzfeed News have all reported it was about the New Jersey governor.

“Did he have a debt or something?” Clinton wondered.

“Cory Booker’s not going anywhere,” Matthews responded, referencing the governor’s future in The Garden State. "There’s nowhere for Christie to go. Unless [Sen. Bob] Menendez has to go.”

“I don’t think he could win right now,” Clinton said of the governor’s reelection prospects.

Clinton also asked the host why the network was giving Donald Trump so much attention, given that he’s a “dangerous presence.”

"Nobody can tell what works, what people want to watch,” Matthews said.

“Yeah, people must think they want to watch him,” Clinton responded.