Trump Changes His Mind About Torture After All 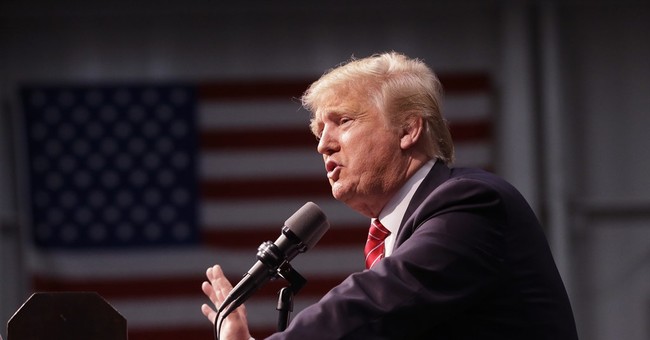 In an interview with “Fox and Friends” back in December, Donald Trump laid out his plan for how he would go after ISIS jihadists as president.

“When you get these terrorists, you have to take out their families,” he continued. “They care about their lives, don’t kid yourself.”

But now, perhaps being informed that his plan actually breaks international law, The Donald has changed his mind.

GOP presidential front-runner Donald Trump said Friday that he would not order the military to break international laws, despite calling for torture of suspected terrorists and the killing of their families.

Trump told The Wall Street Journal he would "use every legal power that I have to stop these terrorist enemies. I do, however, understand that the United States is bound by laws and treaties and I will not order our military or other officials to violate those laws and will seek their advice on such matters."

"I will not order a military officer to disobey the law. It is clear that as president I will be bound by laws just like all Americans and I will meet those responsibilities," he added.

This week more than 100 national security leaders and professionals signed an open letter that pledges their commitment to “working energetically to prevent the election of someone so utterly unfitted to the office.” Trump’s embrace of torture and other positions were just some of the reasons listed for why they’re against Trump.