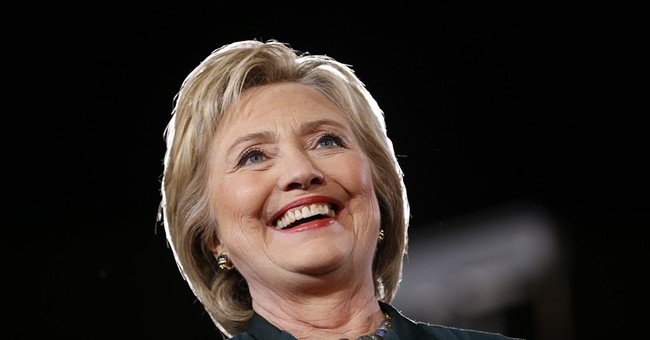 In typical Las Vegas fashion, Hillary Clinton won one delegate in Precinct 10 in a card draw, thus breaking a tie between her and Vermont Sen. Bernie Sanders.

The 30 voters in Precinct 10 at Morse Elementary School split even, 15 to 15.Per state Democratic Party rules, the precinct chairwoman, Peggy Rhoades, produced the sealed deck of cards she was provided to break the tie and award the fifth available delegate to the candidate with the high card.

Ms. Rhoades, a member of the Nye County Democratic Party’s central committee, removed the jokers from the deck. Representatives from the Clinton and Sanders campaign asked her to shuffle the cards three times, which she did, before spreading the 52 cards out across a table.

Clinton’s representative drew an Ace, while Sanders’ only pulled a six of hearts.

The card draw to break ties is similar to what happened in Iowa where coin tosses were used when voting was too close to call. There, Clinton snagged six precincts by winning coin flips.