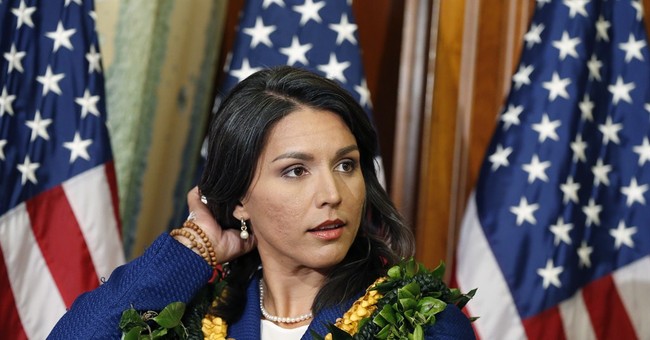 Despite pressure from the Democratic Party and some very outspoken critics like Gov. Martin O’Malley, DNC Chairwoman Debbie Wasserman Schultz refused to budge on the limited number of presidential debates, presumably to help Hillary Clinton.

Now it seems those within the DNC’s inner circle who dared to disagree with Wasserman Schultz’s decision to keep the count firmly at six got the boot from the first debate.

“When I first came to Washington, one of the things that I was disappointed about was there’s a lot of immaturity and petty gamesmanship that goes on, and it kind of reminds me of how high school teenagers act,” Rep. Tulsi Gabbard, vice chairwoman of the DNC, told The New York Times.

“It’s very dangerous when we have people in positions of leadership who use their power to try to quiet those who disagree with them,” Gabbard said. “When I signed up to be vice chair of the D.N.C., no one told me I would be relinquishing my freedom of speech and checking it at the door.”

Gabbard and Minneapolis Mayor R.T. Rybak, a fellow DNC vice-chair, have for weeks called on the DNC to hold more than the six scheduled debates. She reiterated that message last week.

An unidentified person close to the committee insisted to the Times that Gabbard was not disinvited but that an aide to DNC Chairwoman Debbie Wasserman Schultz (D-Fla.) wanted to focus on the candidates in the debate and not a "distraction."

"The focus of the debate in Nevada as well as the other debates and forums in the coming weeks should be on the candidates who will take the stage, and their vision to move America forward," a DNC spokesperson said in a statement sent to The Hill.

"All that was asked of Ms. Gabbard’s staff was to prioritize our candidates and this important opportunity they have to introduce themselves to the American people," the spokesperson added, saying the Democratic Party embraces a diversity of opinions from members.

Gabbard told the Times she will end up watching the debate in her district.