Amid Foreign and Domestic Crises, Obama Plans to Fundraise and Golf This Weekend 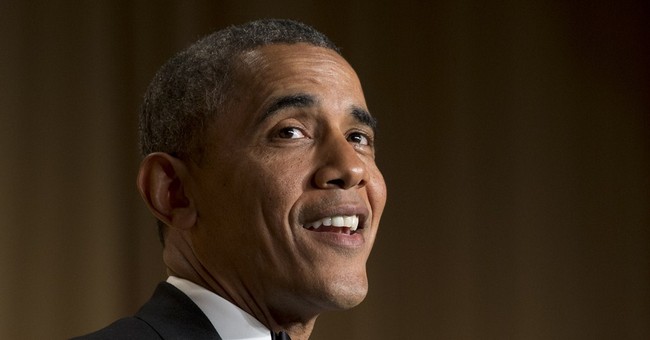 The Iraqi government is pleading for help from the U.S. as ISIS militants close in on Baghdad; Syria is still in the grips of war; veterans are dying from long wait times at the VA; and we’ve got a humanitarian crisis going on at the Southwest border.

With all this at the forefront, you’d think the president would work tirelessly to address these problems. Alas, he’ll be doing what he does best this weekend: fundraising and golfing.

President Barack Obama and first lady Michelle Obama should land at Palm Springs International Airport at about 6 p.m. Friday, straight from a visit to the Standing Rock Sioux Reservation in North Dakota.

At approximately 8:30 a.m. Saturday, they’ll jump over to Laguna Beach for a Democratic National Committee fundraiser, followed by the commencement address to UC Irvine’s Class of 2014 at Angel Stadium, which wraps up at 1 p.m.

That puts the Obamas back in the desert at about 2 p.m. Saturday. They will stay for Father’s Day, before flying home to Washington, D.C., mid-morning on Monday. It’s unclear if their daughters, Malia and Sasha, will tag along.

What is Obama’s plan here in the Coachella Valley? Presumably a short vacation, and likely a round of golf or two – though the details remain fuzzy.