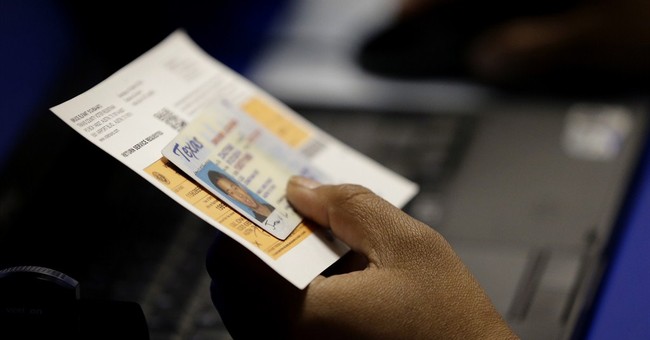 Once again, registered voters have shown that they are overwhelmingly in favor of voter ID laws, a recent Fox News poll found.

“There is a debate about state laws that require voters to show a valid form of state-or federally-issued photo identification to prove U.S. citizenship before being allowed to vote,” the question stated. “Supporters of these laws say they are necessary to stop ineligible people from voting illegally. Opponents say these laws are unnecessary and mostly discourage legal voters from voting. What do you think?”

The survey found majorities of every demographic support the law. Ninety-one percent of Republicans offer support, and 66 percent of independents feel the same.

Fifty-five percent of Democrats support the laws, while 43 percent oppose them.

Opposition to the laws is highest among black respondents, but even there a bare majority, 51 percent, support them. Forty-six percent of African Americans oppose the laws.

Rand Paul recently made headlines after The New York Times quoted him as saying he thinks “it’s wrong for Republicans to go too crazy on this issue because it’s offending people.”

Paul, who later said the comment was “overblown”, clarified what he meant on “Hannity”: “I know about voter fraud and that there have to be rules and states have the ability to do it,” he said. “But I’ve also said Republicans should be emphasizing the good things we’re trying to do to try to help minorities vote instead of the things many minorities feel is directed at them, rightly or wrongly. … So I do object to overemphasizing something that is turning people off.”