Sriracha CEO: The US Is Starting to Feel Like Communist Vietnam 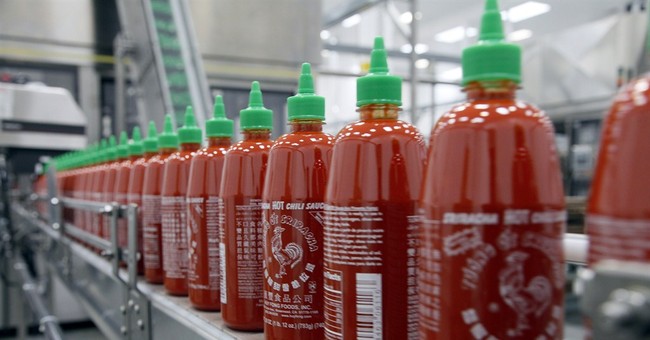 It’s beginning to look a lot like… Vietnam? So says David Tran, the CEO of Huy Fong Foods and maker of the hot sauce Sriracha. Tran, who was a major in the South Vietnamese army, fled to the U.S. with his family more than 30 years ago when North Vietnam’s communists took power in South Vietnam.

... "Today, I feel almost the same. Even now, we live in [the] USA, and my feeling, the government, not a big difference."

Huy Fong Food’s Sriracha, the cult hot sauce, has faced months of red tape and shutdown threats from Irwindale, Calif., officials after a few dozen residents complained they were suffering from burning eyes, headaches and asthma.

Despite local government disputes, Tran, who has lived in California for 30 years, has decided to stay in his Irwindale factory. However, he is not ruling out opening another Sriracha factory outside of California.

City officials argue that they’ve had enough complaints about the odors the factory emits to justify their actions against Huy Fong Foods, but inspectors from the South Coast Air Quality Management District have found no evidence of a violation, despite multiple tests. “The agency said just four households have made about two-thirds of the approximately 70 complaints they've received,” the LA Times reports.

“I have had the bad luck to move into a city with a government that acts like a local king,” Tran said in an interview last week.

Republican gubernatorial candidate Neel Kashkari told reporters that what Tran is facing is merely a “greater symbol of the…hostile business climate that we have in California.”