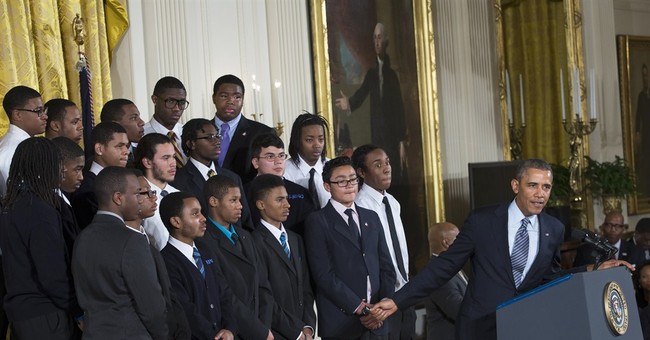 Five years into Barack Obama’s presidency, only 11 percent of black voters say life has gotten better for black youths, a recent Rasmussen poll found, while 68 percent think things are about the same.

The poll puts the spotlight on dissatisfaction among some in the African American community that the nation’s first black president hasn’t focused enough on issues important to them. It also raises the bar for Obama's new initiative, which he plans to make a hallmark of his eventual retirement.

That $200 million initiative, My Brother’s Keeper, is aimed at ‘creating opportunity for boys and young men of color.’

“The plain fact is, there are some Americans who in the aggregate are consistently doing worse in our society,” Obama said during the announcement. “Groups that have had the odds stacked against them in unique way[s] that require unique solutions, groups who have seen fewer opportunities that have spanned generations. And by almost every measure, the group that is facing some of the most severe challenges in the 21st century, in this country, are boys and young men of color.”

The initiative clearly resonates with the African American community. The poll found that 84 percent of black voters think it will likely improve life for this group, but according to Rasmussen, “only 34 percent of whites and 43 percent of other minority voters agree.”

What do you think? Will Obama’s initiative deliver on its promise or is it just more hope and change?