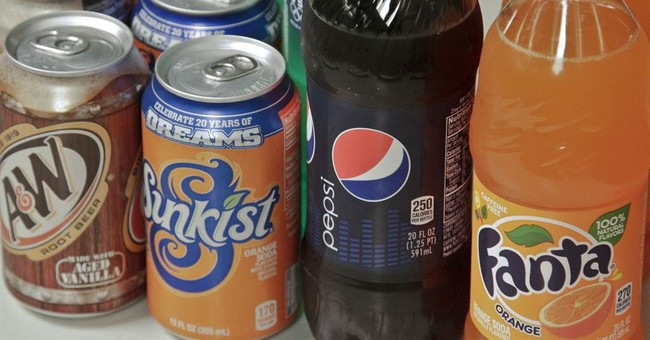 California state Sen. William Monning proposed a bill Thursday that would require a warning label on the front of all beverages that have added sweeteners. The label, which would apply to beverages with 75 or more calories in every 12 ounces, would read: “STATE OF CALIFORNIA SAFETY WARNING: Drinking beverages with added sugar(s) contributes to obesity, diabetes, and tooth decay.”

Monning says there is overwhelming research showing the link between sugary drinks and those health problems, adding that the wording was developed by a national panel of nutrition and public health experts.

"When the science is this conclusive, the state of California has a responsibility to take steps to protect consumers," Monning said in a press release. "As with tobacco and alcohol warnings, this legislation will give Californians essential information they need to make healthier choices."

The bill has the backing of the California Medical Association and the California Center for Public Health Advocacy. The Latino Coalition for a Healthy California and the California Black Health Network also are sponsoring the legislation, citing the heavy consumption of sugary drinks and associated health problems among minorities.

CalBev, the state arm of the American Beverage Association, opposes the bill. “We agree that obesity is a serious and complex issue,” the group said in a statement. “However, it is misleading to suggest that soft drink consumption is uniquely responsible for weight gain. In fact, only four percent of calories in the average American diet are derived directly from soda.”

“According to Government data, foods, not beverages, are the top source of sugars in the American diet,” the statement added.

Monning dismissed nanny state accusations, arguing that it’s the responsibility of the government to protect public health. Somewhere, Michael Bloomberg is nodding is in agreement.