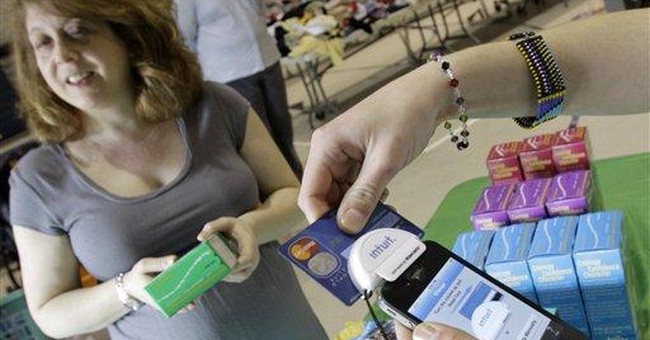 Pro-life organizations are standing with a small pro-life group in Waco, Texas to boycott Girl Scout cookies over the organization’s recent “praise for Wendy Davis and HHS Secretary Kathleen Sebelius…and because of a deep and lasting entanglement with abortion providers and abortion rights organizations,” according to the CookieCott 2014’s website.

Many groups, including the American Life League, LifeNews, the Radiance Foundation, Life Coalition International, the National Black Pro-Life Union, are standing with John Pisciotta, head of Pro-Life Waco, which has launched similar ‘CookieCotts’ in the past.

With this sponsorship by Planned Parenthood, Pro-Life Waco states the Bluebonnet Council placed the national Girl Scout logo on the program flyer and advertisements. In addition, Girl Scout employees served as volunteers for the Nobody’s Fool program.

In May of 2003, Pro-Life Waco stated the Bluebonnet Girl Scout Council honored the CEO of Planned Parenthood Waco as a “Woman of Distinction,” an act that is echoed in the Girl Scouts’ recent declaration of late-term abortion star Texas Sen. Wendy Davis as one of the organization’s “Incredible Women of the Year.”

“The Girl Scouts still proclaim to be honest and courageous, while denying their continual collaboration with the nation's largest and undeniably dishonest abortion chain,” the Radiance Foundation’s Ryan Bomberger told Breitbart News. “Abortion doesn't make the world a better place, unless you agree with the deeply racist and elitist pseudoscience of eugenics – the foundation of Planned Parenthood."

If you’re a pro-life advocate, you may want to think twice before buying that box of thin mints.