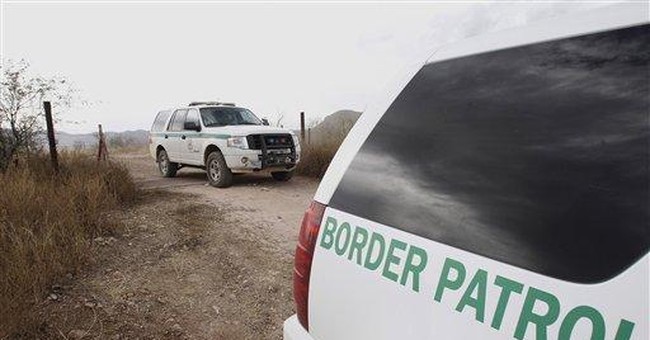 Where does the greatest threat from terrorists trying to enter the U.S. come from? If you guessed the Southwest Border you’d be wrong. According to National Border Patrol Council President Brandon Judd, it’s the U.S.-Canada border.

“For the most part, when discussions on border security arise, the conversation tends to focus on the Southwest border,” he said before a House committee hearing on Wednesday. “In no way do I want to detract from the importance of securing the Southwest Border, but I would be remiss if I didn’t mention the ongoing threat of the nearly unguarded Northern border to the safety of the American public.”

For example, the border crossing at Angle Inlet, Minnesota is based on the honor system. There are no permanent customs or immigration officials here. Instead, the government asks people who cross over from Canada to report themselves over a videophone (see this and this).

“As far as I am aware, all recent threat assessments have pointed to the Northern Border as the most likely point of entry into our country for terrorists,” Judd said before reminding the committee of our recent history. Via CNS News:

“In the early to mid-1990s, San Diego and El Paso were ground zero for both illegal immigration and drug smuggling,” Judd said. “In response, the Border Patrol threw all of its resources at those two areas without also strengthening the other areas of the border.”

He said the same mindset at that time that Arizona’s harsh environment would limit illegal traffic across the state – since proven wrong – is now the conventional thinking about the northern border.

“We now have a similar thought process in that we don’t believe illegal smuggling – whether it be drugs or aliens – will ever move to our Northern border, because it is cost prohibitive,” Judd said. “Like Arizona, the Northern Border is ripe for the exploitation of not only alien and drug trafficking, but also for facilitating the illegal entrances of terrorists and those that would do this country harm.

“If we selectively limit manpower to current locations with high volumes of illegal crossings, all we have really achieved is shifting the point of illegal entry to a different location,” Judd said.

Spanning more than 5,500 miles, the U.S.-Canada border is the longest common border in the world. There are more than 120 land points of entry, 750 daily commercial flights and a number of commercial and recreational ships that cross the maritime border—all of which present unique challenges for securing the Northern Border.