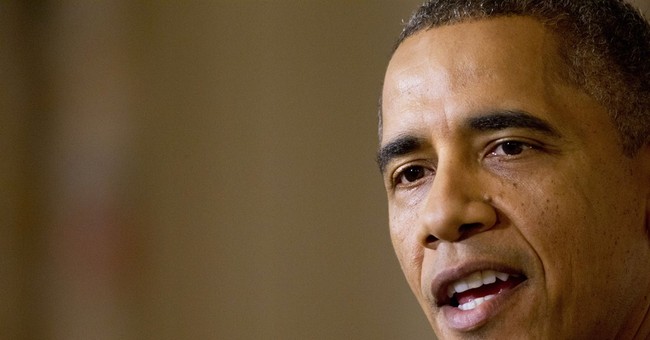 Remember when a Swedish reporter asked the president in September to describe the “dilemma to being a Nobel Peace Prize winner and getting ready to attack Syria”? If the following is true, it doesn’t really seem like there’s much of a moral dilemma he’s struggling with at all. Via the Washington Times:

President Obama was overheard bragging to administration aides about his ability to kill people with drones, a new book about the 2012 campaign season that’s due for release on Tuesday claimed.

The president’s specific words: I’m “really good at killing people,” authors Mark Halperin and John Heilemann write in “Double Down: Game Change 2012,” The Daily Mail reported. They get their claim from a Washington Post report that buries the statement as a brief anecdote in an article, in which the president is described as speaking to aides about the drone program and then making the claim.

Malala Yousafzai, the 16-year-old Pakistani girl shot in the head by the Taliban for promoting education for girls, met with President Obama in October and expressed her concerns about the effect of his administration’s drone policy.

"I thanked President Obama for the United States' work in supporting education in Pakistan and Afghanistan and for Syrian refugees," she said in the statement.

"I also expressed my concerns that drone attacks are fueling terrorism. Innocent victims are killed in these acts, and they lead to resentment among the Pakistani people. If we refocus efforts on education it will make a big impact."

Indeed. Business Insider details the number and type of drone strikes carried out under Obama, noting that in addition to the terrorists that have been targeted, there have been a number of innocent people killed as well.

Investigative journalist Jeremy Scahill told NBC News that Obama will “go down in history as the president who legitimized and systematized a process by which the United States asserts the right to conduct assassination operations around the world,” Business Insider reports.