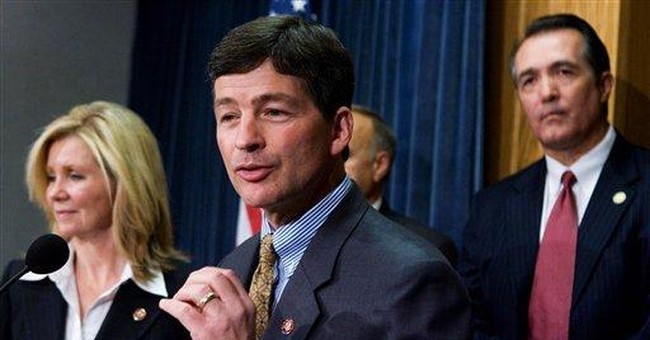 Dr. Anthony Levatino performed roughly 1,200 abortions in his career as an OBGYN—some after the 20-week mark—before having a change of heart about the procedure when his daughter died in a car accident.

On Thursday he spoke before a Congressional committee about his experiences performing abortions and urged lawmakers to support a bill that would ban abortions nationwide after 20 weeks of pregnancy. “These procedures are brutal by their nature,” Levatino said after explaining the grisly details of how an abortion is performed.

“I know when the subject is related in any way to abortion, the doors of reason and human compassion in our minds and hearts often close, and the humanity of the unborn can no longer be seen. But I pray we can at least come together to agree that we can and should draw the line at the point that these innocent babies can feel the excruciating pain of these brutal procedures,” said pro-life Republican Rep. Trent Franks, the prime sponsor of the Pain-Capable Unborn Child Protection Act. Indeed, as Levatino confirmed in his testimony, “If you refuse to believe that this procedure inflicts severe pain on that unborn child, please think again.”

Levatino's conclusion is perhaps most powerful, however. Quoting President Obama he says, "If there is just one thing that we could do that would save just one child don't we have an obligation to try?"