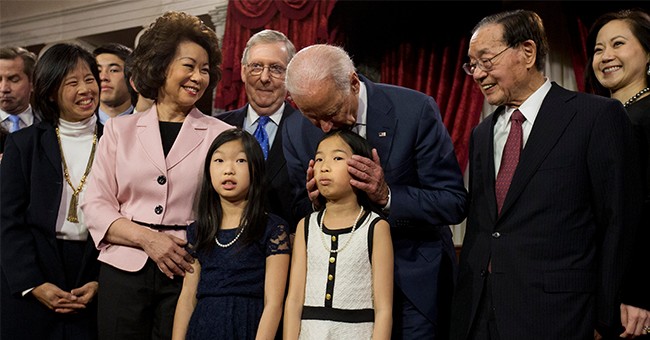 MSNBC host Mika Brzezinski defended former Vice President Joe Biden Thursday as he continues to face scrutiny for his overly familiar touching of women after multiple women came forward to say he had made them uncomfortable.

"In this climate, I feel like a lot of men have nowhere to go when something like this happens and what seems unfair about this is again this is not—we're not talking about sex,” she said while talking with former Democratic Sen. Claire McCaskill. "We're not talking about harassment. None of these women have said it felt sexual, they said it was a little weird."

She brought up challenges Biden has faced in his life including losing his wife and child in a car accident and his son to brain cancer.

“If you can go on national television and talk about Joe Biden putting his hands on your back and now you’re demanding an apology from him because what he said on Twitter is not enough,” she argued, “you probably could’ve told him in real time, and he probably would’ve said ‘I’m sorry, I was trying to be nice.’ It probably could’ve been finished right there.”

“C’mon, we’re not snowflakes,” she emphasized. “We have to decide what we get upset about.”

"At this point, look, he's saying he gets it. Fine, I still hope he gives me a big hug. I'm good," she concluded. “Bring up personal space sometime else, don’t inject it into a presidential campaign.”

“This is who he is,” McCaskill said of Biden. “So I get that it’s made some people uncomfortable and I respect that. If you’ve got a real thing about your personal boundary space, I understand that and I hear that and I think Joe Biden has heard it. But let’s move on now.”

Biden addressed the allegations in a video he posted to Twitter Wednesday, promising to be “more mindful” of people’s personal space in the future.

“Social norms are changing. I understand that, and I’ve heard what these women are saying,” he emphasized. “Politics to me has always been about making connections, but I will be more mindful about respecting personal space in the future. That’s my responsibility and I will meet it.”

Three more women came forward after the video and said it wasn’t enough, arguing that it wasn’t just about social norms. They said it was about Biden assuming he could interact in a certain way with women that violated their personal space.