Democrats Introduce Bills in the House and Senate to Repeal Hyde, Allow Taxpayer Funding of Abortion 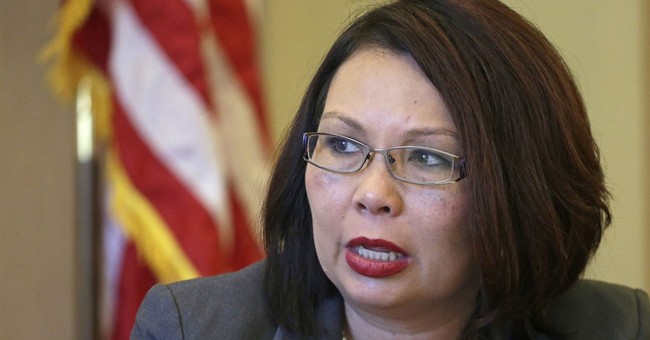 Senate Democrats introduced legislation Tuesday in both the House and Senate that would repeal the Hyde amendment ban on taxpayer funding of abortion. This is the first time the legislation was introduced in the Senate.

Rep. Barbara Lee (D-CA) previewed her plan to introduce the legislation back in January when she promised to “end the Hyde amendment" alongside Planned Parenthood president Leana Wen.

The Hyde amendment is a spending rider that prohibits taxpayer funding of abortions except in cases of rape, incest or life of the mother, recognizing that many taxpayers might have moral objections to their money being used for abortions. It has been passed in Congress every year since 1976 with bipartisan support.

Without addressing the moral objections taxpayers might have to the funding, the Democrats argued that the funding ban limits abortion access for low-income women. Sen. Tammy Duckworth (D-IL), who introduced the bill in the Senate for the first time, made that argument in a statement Tuesday.

“The Supreme Court has repeatedly affirmed women’s constitutional right to make their own reproductive decisions,” Sen. Duckworth said. “But for decades, conservative lawmakers have worked to whittle down that constitutionally-protected right to the point where it’s now effectively inaccessible for low-income women who rely on Medicaid, for female servicemembers and for millions more women nationwide.”

“The Supreme Court didn’t protect these rights only for wealthy women, and they didn’t say only for women who live in certain states,” she concluded. “That’s not right, it’s not fair, and it’s certainly not equal—so I’m proud to join my colleagues in introducing the EACH Woman Act so that every woman in this country has equal access to her constitutionally-protected rights, no matter her income, her race, or her zip code.”

Rep. Lee made a similar case, arguing that “no woman should be denied the full spectrum of reproductive health care because of her zip code or income level – yet that is the reality for too many low-income women and women of color.”

The Democrats’ push to end Hyde is relatively recent. Rep. Lee introduced her first bill attempting to do so in 2015 and the Democratic party changed their platform in 2016 to include a call to repeal the amendment.

The majority of Americans would likely oppose the Democrats’ push to end the Hyde amendment as recent polling by Marist found that 54 percent of Americans oppose any taxpayer funding of abortion.