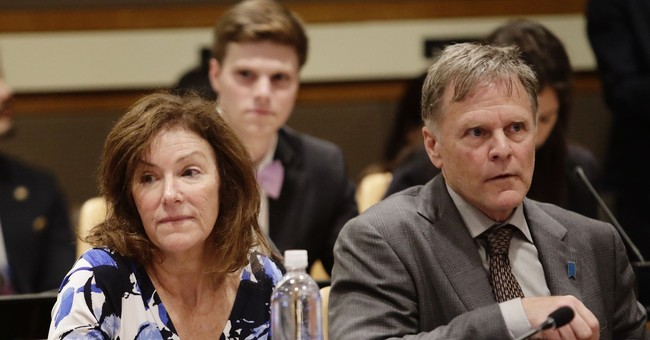 Fred and Cindy Warmbier, the parents of Otto Warmbier, released a scathing statement Friday stating that North Korean dictator Kim Jong Un and his regime were responsible for their son Otto's torture and death after President Trump called into question Kim Jong Un’s knowledge of the matter Thursday.

After his summit with the North Korean dictator, President Trump earned bipartisan criticism by saying that Kim Jong Un did not know about Warmbier’s ordeal during his imprisonment.

"He felt badly about it," Trump told reporters. "He knew about it very well, but he knew it later."

"He tells me that he didn't know about it, and I will take him at his word," he added.

Warmbier, 22, was an American student at the University of Virginia who was imprisoned by North Korea three years ago on charges of stealing a propaganda poster from his hotel based on flimsy video evidence.

Warmbier was released back to the U.S. in June 2017 but died shortly after his release. A federal judge found North Korea liable for Warmbier’s torture and death in December.

The Warmbiers attended President Trump's State of the Union address last year as his guests. During that speech, the president said the Warmbiers were "powerful witnesses" to the horrors of the North Korean regime.