Kamala Harris Says She Is 'Disappointed' By Smollett Case, Offers No Apology for Her Rush to Judgment 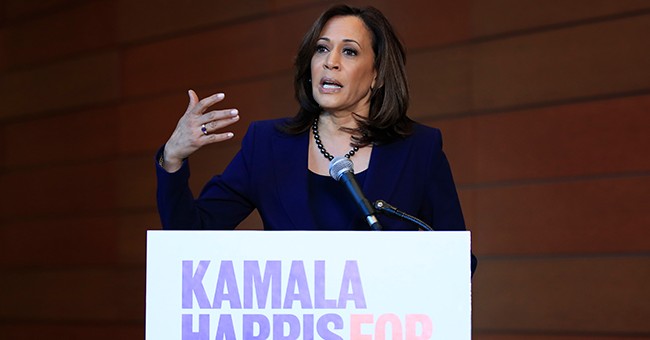 Sen. Kamala Harris (D-CA) finally commented Thursday evening on the arrest of “Empire” actor Jussie Smollett who was charged with felony disorderly conduct for allegedly staging a hate crime against himself.

Like most of you, I've seen the reports about Jussie Smollett, and I'm sad, frustrated, and disappointed. pic.twitter.com/91OHOymShi

“Allegedly” was one word Sen. Harris, a former prosecutor and California attorney general, did not use in her initial statement on the Smollett incident, calling it an “attempted modern day lynching.”

Smollett, who is black and gay, had claimed that he was attacked while walking home in Chicago by two masked men who, he said, tied a noose around his neck and yelled racist, homophobic slurs and told him "this is MAGA country."

Remarkably, Harris’s statement Thursday did not include any acknowledgement of or apology for her past rush to judgment on the matter.

She even complained that the incident has been “seized by some who would like to dismiss and downplay the very real problems that we must address.”

CNN reporters called out Harris and her fellow 2020 presidential hopeful Sen. Cory Booker (D-NJ) Thursday morning, arguing that, as lawyers, they both should’ve known better than to weigh in uncritically in support of Smollett before hearing all the facts of the case.

Harris was taken off guard Monday when she was asked about the developments in the Smollett case and said she was waiting for more facts to emerge.

She ran from reporters’ questions on the matter earlier Thursday afternoon following a lunch with Rev. Al Sharpton.