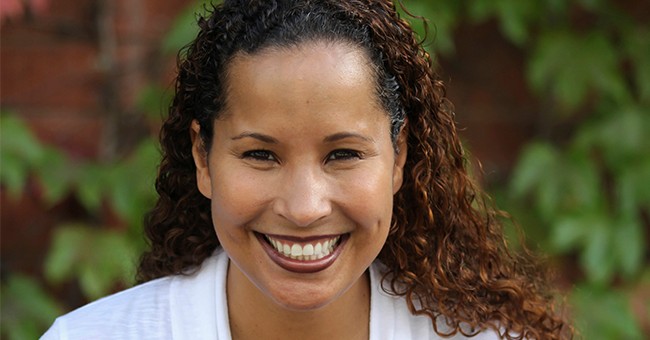 Dr. Vanessa Tyson, the Scripps professor who was the first woman to come forward and accuse Virginia Lt. Gov. Justin Fairfax of sexual assault, spoke Tuesday evening at a Stanford University symposium in her first public appearance since the allegations.

Tyson did not bring up the allegations against Fairfax during the talk and discussed the difficulty survivors of sexual abuse have in coming forward.

"The hardest part of this whole dynamic is that you’re made to feel alone, you’re isolated," she said. "When women and survivors start comparing notes — that's when the lightbulb goes off, this has been happening to everybody. That's the most important part of #MeToo."

She said that many in society have a tendency to want to shy away from incidents of sexual violence.

"One thing that I notice with sexual violence is that there are many people who would like to glance away from this," she told a Stanford University symposium. "It's one of the ugliest parts of humanity. Trust me."

"Don't be afraid to see survivors for who they are."

She also discussed the far-reaching consequences of society turning a blind eye to such incidents.

"Speaking as a professor at a women's college, sometimes you have to lead by example," Tyson emphasized. "No matter how hard it is."

Tyson released a detailed statement earlier this month saying that Fairfax had physically forced her to perform oral sex in 2004 at the Democratic National Convention.

NBC reported that Fairfax said “f**k that b***h” about Tyson in a profane comment at a private meeting Monday.

In an official statement, Fairfax strongly denied Tyson's allegations, insisting that the encounter was “consensual.”

Since then, a second woman, Meredith Watson, came forward to accuse Fairfax of sexual assault. Watson alleged that Fairfax raped her when they were both students at Duke University.

In the face of these allegations, Fairfax has refused to resign calling for due process and conducting business as usual. Meanwhile a couple of his staffers have resigned.

The sexual allegations against Fairfax came amid a firestorm for Virginia Democratic leadership. Virginia Gov. Ralph Northam’s shocking medical school yearbook photo of someone in blackface and another person in a KKK hood surfaced recently. In a press conference, he admitted wearing blackface for a dance contest.

Virginia Attorney General Mark Herring admitted that he too had donned blackface for a costume.