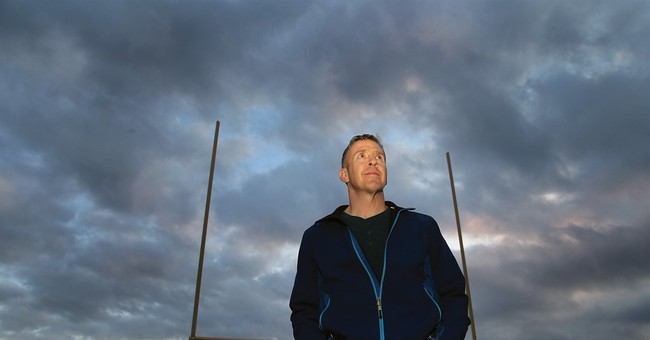 The Supreme Court declined to hear a case Tuesday regarding a Washington State assistant high school football coach, Joseph Kennedy, who sued for reinstatement in 2015 after he was fired because he led voluntary prayer on the field following games.

While the court passed on the dispute for now, Justice Samuel Alito, joined by Justices Clarence Thomas, Neil Gorsuch, and Brett Kavanaugh, wrote that they did not necessarily agree with the Ninth Circuit Court’s ruling against Kennedy and hinted that they may take the larger issue up at another time.

“Denial of certiorari does not signify that the Court necessarily agrees with the decision (much less the opinion) below,” Alito noted. “In this case, important unresolved factual questions would make it very difficult if not impossible at this stage to decide the free speech question that the petition asks us to review.”

The statement explained that in this case the school superintendent gave “two quite different reasons” for Kennedy’s firing.

“First, that petitioner, in praying on the field after the game, neglected his responsibility to supervise what his players were doing at that time,” Alito wrote, “second, that petitioner’s conduct would lead a reasonable observer to think that the district was endorsing religion because he had prayed while ‘on the field, under the game lights, in BHS-logoed attire, in front of an audience of event attendees.’”

Alito argued that if the reason was Kennedy’s neglect of his duties “his free speech claim would likely fail.”

He expressed frustration and concern that “instead of attempting to pinpoint what petitioner was likely to be able to prove regarding the reason or reasons for his loss of employment, the Ninth Circuit recounted all of petitioner’s prayer-related activities over the course of several years, including conduct in which he engaged as a private citizen, such as praying in the stands as a fan after he was suspended from his duties.”

He pointed out that the Supreme Court generally does not “grant such review to decide highly fact-specific questions.”

Alito did add that “the Ninth Circuit’s understanding of the free speech rights of public school teachers is troubling and may justify review in the future.”

He went on to make an interesting allusion to the high court potentially revisiting past decisions regarding the extent to which an employer can burden an employee’s religious exercise.

“In Employment Div., Dept. of Human Resources of Ore. v. Smith, 494 U. S. 872 (1990), the Court drastically cut back on the protection provided by the Free Exercise Clause,” he wrote, “and in Trans World Airlines, Inc. v. Hardison, 432 U. S. 63 (1977), the Court opined that Title VII’s prohibition of discrimination on the basis of religion does not require an employer to make any accommodation that imposes more than a de minimis burden. In this case, however, we have not been asked to revisit those decisions.”