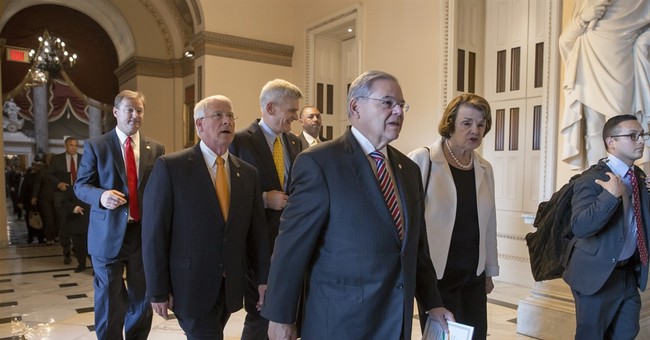 A bill, introduced by Sen. Roger Wicker (R-MS), that would have permanently banned the use of taxpayer funds for abortion failed to advance on the Senate floor Thursday with a 48-47 vote, falling short of the 60 votes needed.

In remarks on the Senate floor Wednesday, Wicker cited the findings of a recent Marist poll that 54 percent of Americans oppose the use of taxpayer funds for abortion.

“As each year passes, as more and more parents see that sonogram,” he said, “we see the feet, and we see the heartbeat. We see the faces of these children. We realize as Americans… that this is a living human that deserves protection.”

The White House had signaled support for the bill prior to its failure in the Senate.

"This bill would continue to prohibit the Federal Government from paying for affected procedures with the taxes of Americans and thereby protect the conscience rights of taxpayers who find abortion morally or religiously objectionable," they said.

The bill’s failure comes after a push from House Democrats to expand taxpayer funding of abortion overseas in their funding bill to end the government shutdown.

House Democrats in the Pro-Choice Caucus have also vowed to “end the Hyde Amendment,” which is a longstanding annual appropriations rider banning taxpayer-funded abortion.

However, pro-life Republicans in the House are pushing back on that and Rep. Chris Smith (R-NJ) introduced the bipartisan “No Taxpayer Funding for Abortion and Abortion Insurance Full Disclosure Act of 2019” Thursday.

That bill would codify the Hyde Amendment.

“The Hyde Amendment has saved at least two million lives: because public funds were unavailable to effectuate their violent demise, these individuals survived, and their mothers benefited from prenatal health care and support,” Smith said in a statement. “Two million survivors have had the opportunity to live and enjoy the first and most basic of all human rights—the right to life. It’s time to make the Hyde Amendment permanent law.”

The legislation is unlikely to succeed in the Democratic-controlled House.

In an additional effort to combat Democratic attempts to erode pro-life protections, Sen. Steve Daines (R-MT) and Rep. Smith led companion letters to President Trump calling on him to reject any legislation that weakens pro-life policy. Those letters were signed by 169 members of the House and 49 senators.