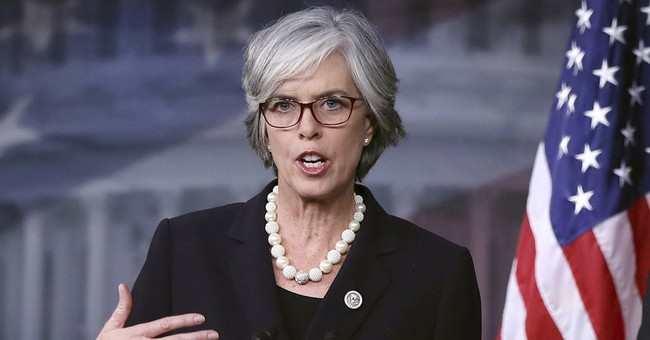 A group of House Democrats introduced a bill earlier this week that would require the State Department to bring back the “Reproductive Rights” section of their annual Human Rights report.

“The U.S. cannot turn its back on the countless women around the world who are deprived of basic reproductive rights,” Rep. Lowey argued in a statement. “I’m proud to support legislation that would restore reproductive rights to the State Department’s annual human rights report, maintaining U.S. leadership on behalf of the world’s women across administrations.”

Rep. Frankel said in her statement that “there is no greater right for women than to be in charge of their own bodies.”

Planned Parenthood, the nation’s largest abortion provider was among 45 pro-abortion organizations that endorsed the legislation.

“Reproductive health care is health care, and health care is a basic human right,” Dr. Leana Wen, President of the Planned Parenthood Federation of America said in a statement. “The Trump-Pence administration’s erasure of reproductive rights from the State Department’s human rights report is an attack on women around the world, and the communities that depend on them.”

Michael Kozak, ambassador for the Bureau of Democracy, Human Rights, and Labor, explained the term’s omission to reporters in the spring.

“Under the previous administration and this one and the one before that, we have never taken the position that abortion was a right under – a human right under international law," Kozak said. "This is supposed to be internationally recognized human rights, and it’s an issue on which – some countries prohibit abortion, some countries, like our own, pretty much no restriction on it, and we don’t say one of those is right and one of those is wrong. We don’t report on it because it’s not a human right."

He explained that the Obama administration used the term to look at the availability of contraception and whether governments tried to coerce people in making decisions about reproduction.

“Unfortunately, over the last few years, groups on both sides of that issue domestically have started to use the term, and both seem to think it does include abortion and then argue about it,” he said.