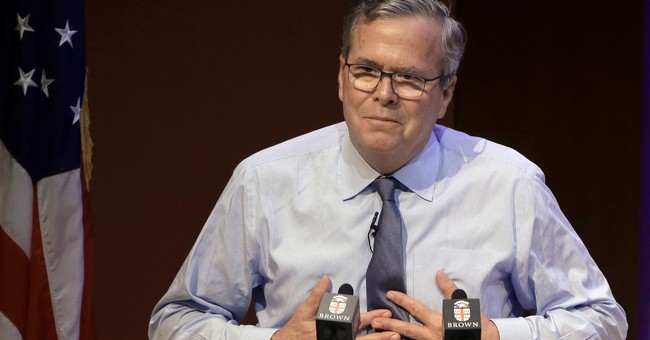 Jeb Bush, son of the late former President George H.W. Bush, told the Wall Street Journal Tuesday that his family was celebrating the legacy of his father and praised the Trumps for being “gracious.”

"The president and the first lady have been very gracious," he said. "I think it's been great."

He also addressed the question of why Trump was not giving the eulogy.

"What people want to talk about is: Well why isn't the president giving the eulogy? And it's because we have a unique circumstance here,” he explained. “My brother was president. It's like, I'm sorry. First dibs, as we used to say. I don't know how to explain it other than that."

That decision had been made prior to Trump’s election.

He added that their mother Barbara Bush, who passed away in April, would be “about ready to slap George if he goes beyond 12 minutes.”

Bush described his father as “the most generous, kind person you’d ever meet,” and said he hoped his father's "kindler, gentler" approach would prevail over the more combative style of politics.

“Politically, it’s not winning,” he acknowledged. “But that’s not to say we shouldn’t restore it.”

Bush said that he was feeling the support of his father’s many friends.

“My dad will be surrounded by friends inside the National Cathedral and many that couldn’t get in. The guy has built a network that is pretty amazing,” he said. “People want to share their love for him, and it’s just a great time to be his son.”

“This is a time to celebrate George H.W. Bush, not to grieve his loss, and that’s what we’re doing as a family right now,” he emphasized.