McConnell: 'In the Very Near Future' Kavanaugh Will Be Confirmed to the Supreme Court 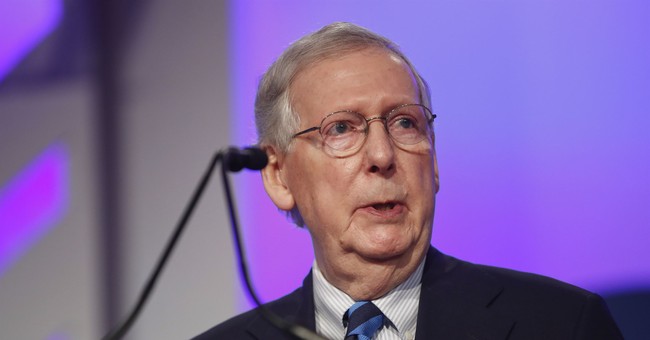 He called Kavanaugh a “stunningly successful individual,” and told those gathered, “my friends keep the faith, don’t get rattled by all this. We’re going to plow right through it and do our job.”

McConnell's comments come as Kavanaugh faces sexual assault allegations from Dr. Christine Blasey Ford who claims that he groped and tried to rape her while he was drunk at a party in high school.

Senate Republicans have been trying to accommodate Blasey Ford to testify about the incident before the Senate Judiciary Committee in whatever way she feels comfortable. However, she and her lawyers have been insisting on a full FBI investigation into the alleged, nearly four-decades-old assault despite the FBI considering the case to be closed.

Ford issued new demands Thursday, asking that Kavanaugh testify first and no outside counsels question her. She also wants them to subpoena Mark Judge who was allegedly a witness to the incident.

He had also given Blasey Ford a deadline of 10 a.m. Friday to decide whether she will testify at the hearing scheduled for Monday.