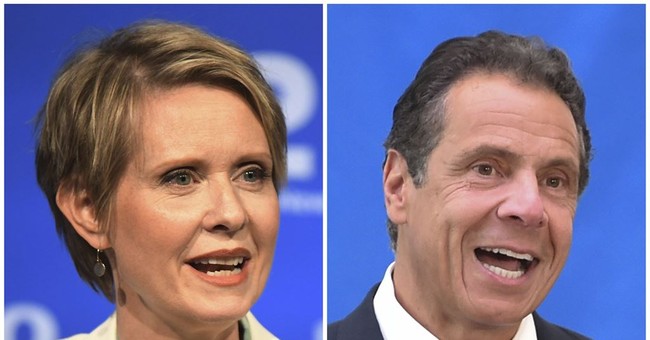 New York Gov. Andrew Cuomo easily won the Democratic primary race against “Sex and the City” actress and progressive activist Cynthia Nixon Thursday and is headed to his third term as the state’s governor.

Cynthia Nixon’s campaign reportedly complained about the high voter turnout which they blamed on Cuomo’s spending on campaign ads as well as anti-Trump sentiment.

NY GOV: Cynthia Nixon's campaign is not happy that so many voters turned out to vote. In other states, Dems have a problem with this kind of argument. pic.twitter.com/mlnKfbI3PA

Cuomo will face Republican Marc Molinaro in November. He may also face Nixon again as she won the Working Families Party nomination, meaning she could still appear on the ballot in November.